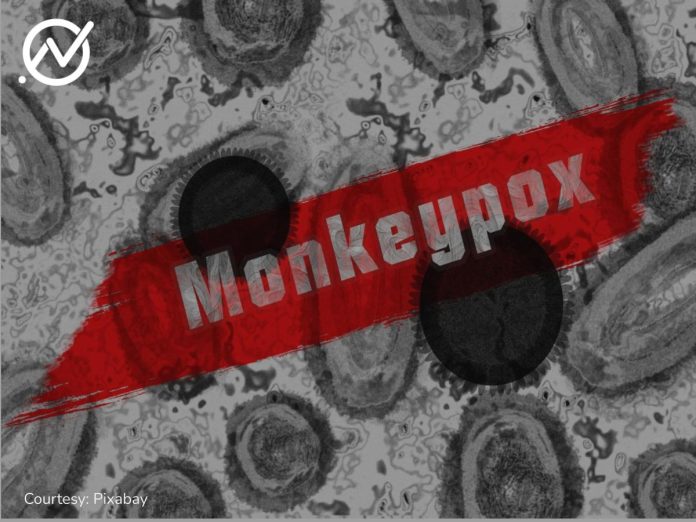 With over 200 reported cases and 106 more suspected cases, health authorities around the globe are keeping a close watch on monkeypox. But what exactly is it and how is it transmitted? Who is at risk and are we staring at another pandemic? Newschcker brings you all the details that you need to know:

Why is it called monkeypox?

The name monkeypox originates from the initial discovery of the virus in monkeys in a Danish laboratory in 1958. It is an orthopoxvirus, belonging to the same family of viruses that causes smallpox, cowpox and camelpox.

It is transferred from animals to humans, and according to the World Health Organisation, the animal hosts include rodents and non-human primates. Evidence of monkeypox has been found in animals including squirrels, Gambian poached rats, dormice, different species of monkeys and others.  Monkeypox is endemic in animals, but in humans, most cases of monkeypox in the past have been reported from across central and west Africa, mainly, in 11 countries: Benin, Cameroon, Central African Republic, Democratic Republic of the Congo, Gabon, Cote d’Ivoire, Liberia, Nigeria, the Republic of the Congo, Sierra Leone and South Sudan.

Since it’s not new, is there approved treatment for it?

The first human case was identified in a child in the Democratic Republic of the Congo in 1970. But monkeypox has no specific medicine to cure it as medical experts say that symptoms of the disease usually resolve on their own. It is advised to take care of the rashes and not touch them. Mouth rinses and eye drops can be used (those without cortisone). The WHO adds “Vaccinia immune globulin (VIG) may be recommended for severe cases. An antiviral that was developed to treat smallpox (tecovirimat, commercialized as TPOXX) was also approved for the treatment of monkeypox in January 2022.” The vaccines that are available for use  against smallpox are also effective against monkeypox.

What happens when you get monkeypox?

According to WHO, the incubation period of monkeypox is usually from 6 to 13 days but can range from 5 to 21 days.

This may later give way to rashes, which may develop into pustules. Skin eruption usually begins within 1–3 days of fever and  the rashes tend to be more concentrated on the face and extremities rather than on the trunk.

According to senior pharmaceutical analyst Sam Fazeli, “If you’re covered in these pustules, then you’d have the risk of bacterial infection and, in some cases, sepsis. That’s where the lethality can come from.” The WHO adds that monkeypox is usually a self-limiting disease with symptoms lasting up to 2 to 4 weeks.

How does monkeypox spread?

Monkeypox spreads with direct contact with the blood, bodily fluids, or mucosal lesions of infected animals. The WHO says that the virus spreads from humans to humans through “close contact with respiratory secretions, skin lesions of an infected person or recently contaminated objects.” Transmission can also occur through the placenta, from mother to baby. Monkeypox rashes are sometimes found on genitals and in the mouth, which is likely to contribute to transmission during sexual contact, but monkeypox is not a sexually transmitted disease.

According to WHO, the risk of monkeypox becoming widespread is not large as it is not typically considered to be very contagious because it requires close physical contact with someone who is infectious. “The risk to the general public is low,” it added. Dr Faheem Younus, the Chief of Infectious Diseases, University of Maryland UCH said that there was zero risk of monkeypox becoming another pandemic like COVID-19 as it was not novel, and it is less contagious than  COVID.

Are members of LGBTQIA+ more at risk of contracting monkeypox?

In an interview with Associated Press, Dr. David Heymann, who formerly headed WHO’s emergencies department, said that current monkeypox outbreak is a ‘random event’ that can be explained by transmission among gay and bisexual men at two ‘rave parties’ held in Spain and Belgium.

Meanwhile, Dr. John Brooks, U.S’s CDC (Centre For Disease Control) chief medical officer for HIV/AIDS prevention, has warned that while anyone can contract monkeypox through close personal contact regardless of sexual orientation, many of the people affected globally so far are men who identify as gay or bisexual. Brooks added that the CDC made the warning now as Pride month celebration would kick off soon (June is celebrated as the pride month in many parts of the western world).

Speaking on the wide range of stigmatising comments made on social media against the LGBTQIA+ population being at risk of monkeypox, the WHO clarified that such statements were not right.“Anyone who has close physical contact of any kind with someone who has monkeypox is at risk, regardless of who they are, what they do, who they choose to have sex with or any other factor. Secondly, stigmatising people because of an illness or a disease is unacceptable,” the organisation said.

What are the odds of death if you contract monkeypox?

Which countries have reported monkeypox as of now?

Pankaj Menon
Pankaj Menon is a fact-checker based out of Delhi who enjoys ‘digital sleuthing’ and calling out misinformation. He has completed his MA in International Relations from Madras University and has worked with organisations like NDTV, Times Now and Deccan Chronicle online in the past.
Facebook
Twitter
WhatsApp
Linkedin
Previous articleThis Video of Policemen Rescuing Themselves After Rickshaw Overturns is NOT Related To Assam Floods
Next articleNo, Viral Image Does Not Show Massive Support To Imran Khan’s Recent Azadi March In Islamabad