Violence over the Citizenship Amendment Act (CAA) continued to escalate in North East Delhi even on Tuesday. According to recent reports, the death toll has reached 20.

Several localities such as Chand Bagh, Bhajanpura, Gokulpuri, Maujpur, Kardampuri and Jafrabad saw clashes between two groups who also hurled petrol bombs and opened fire. According to a report by India Today,  as many as 200 people, including 48 police personnel, have been injured and half of the civilians have suffered gunshot wounds.

Amidst the violence in Delhi, a video is doing rounds on social media in which one can see a mob attacking a bus driver. In the video, a person wearing a skull cap along with other people can be seen beating the bus driver with a wooden stick. The video has  garnered more than 2 lakh views till the time of filing this report.

We found that several users on social media including Twitter and Facebook shared the same viral video on their respective handles.

Twitter user Constable Rai Sahab shared the same viral video and tweeted,” This Muslim community, its mentor Indian National Congress and the anti-India forces who do not want to see the strength of India, chose a very appropriate time to discredit the country”

With the help of relevant keywords search, we found the same viral video on YouTube. The same video was uploaded by the official channel of ABP Majha on February 18 , 2020  According to the report of ABP Majha, the incident happened in Kannad, Aurangabad in Maharashtra.

Furthermore, with the help of keyword search, we found a report by ‘Times of India’ and ‘Maharashtra Times’.

Representative image AURANGABAD: Eighteen people from Kannad were booked for allegedly assaulting the driver and conductor of a state transport bus on Tuesday. As per the complaint lodged by the bus driver, Sudhakar Shamrao Shirsath (46), the bus overtook a car on the Aurangabad-Nashik road near Hotel Amrapali.

According to the report of ‘Times of India’, Eighteen people from Kannad in Aurangabad district  were booked for allegedly assaulting the bus driver and conductor.

As per the complaint lodged by the bus driver, Sudhakar Shamrao Shirsath (46), the bus overtook a car on the Aurangabad-Nashik road near Hotel Amrapali. During this, the bus scrapped the car. After travelling for a while, the suspects waylaid the bus. The two suspects in the car entered the bus and started the bus driver. Soon, about 16 others joined them and began beating up the driver.when conductor tried to intervene, the mob attacked him.

We also found a copy of the FIR lodged by the bus driver on the official website of Maharashtra police. According to the statement given by bus driver Sudhakar Shamrao, the attackers thrashed him and took away his mobile phone and Rs. 6,000 cash. 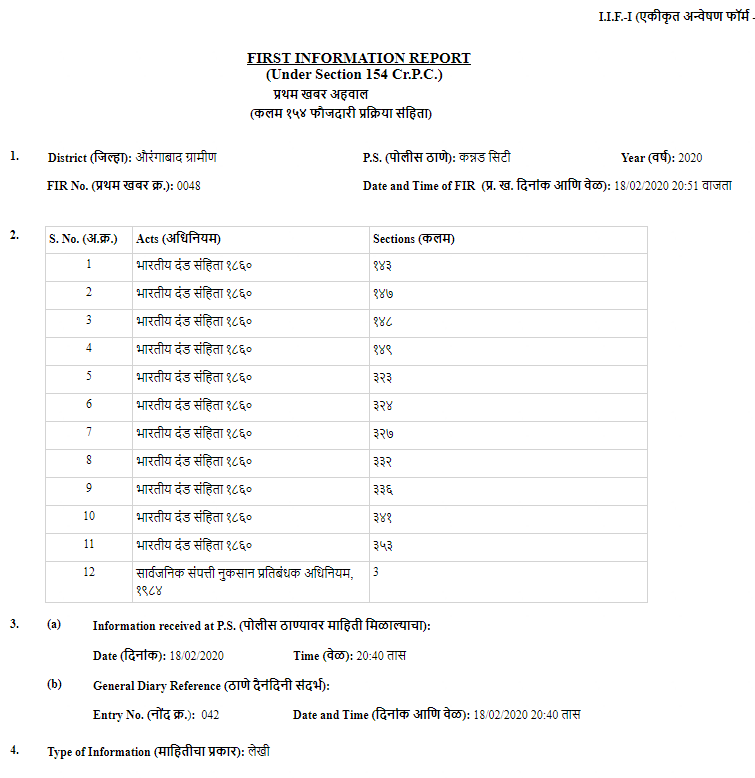 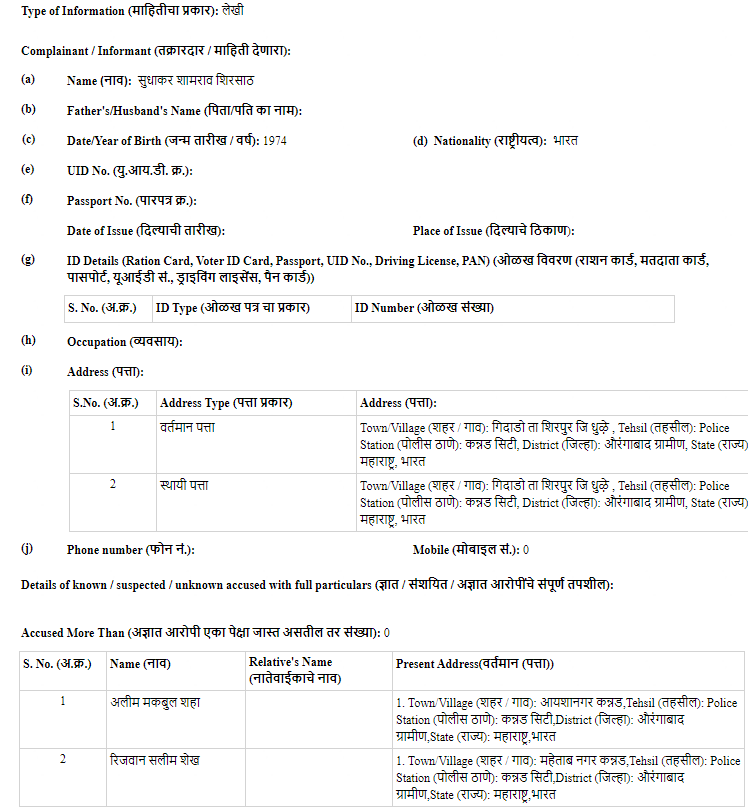 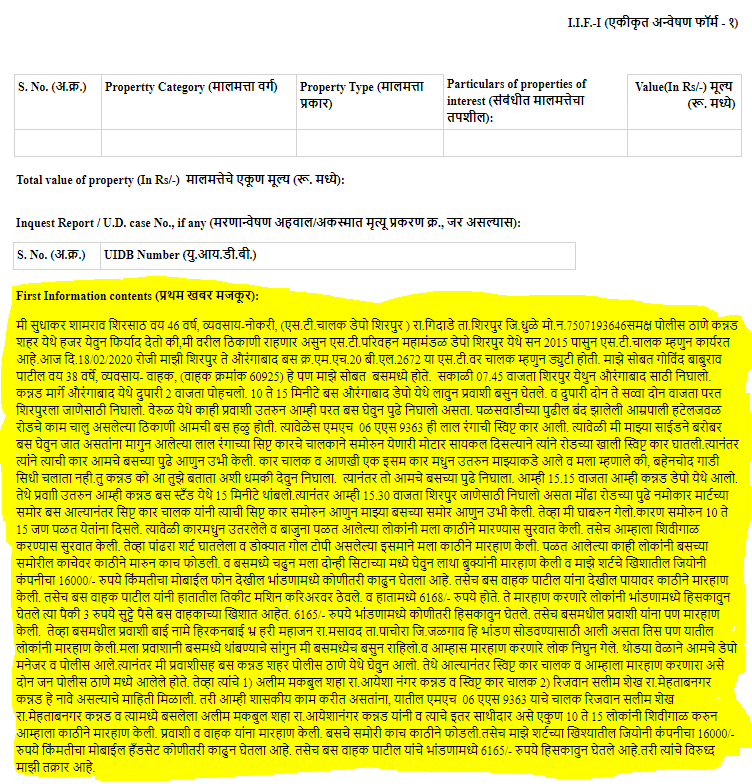 We found that the video of mob attacking bus driver and conductor is not related to Delhi violence. An incident that happened in Maharashtra is now being shared with a false communal context

(If you would like us to fact check a claim, give feedback or lodge a complaint, WhatsApp us at 9999499044.You can also visit the Contact Us page and fill the form)