Russia has unleashed over 500 lions to ensure that people stay inside their homes amid the coronavirus outbreak. 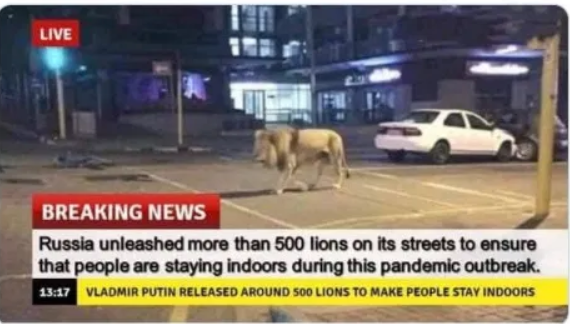 As the whole world has put up a united fight against the novel coronavirus outbreak, rumor-mongering messages and graphics have been flooding social media. An image of a bulletin is doing the rounds, which claims that Russian President Vladimir Putin has unleashed over 500 lions to ensure that people stay inside their houses amid the coronavirus outbreak. 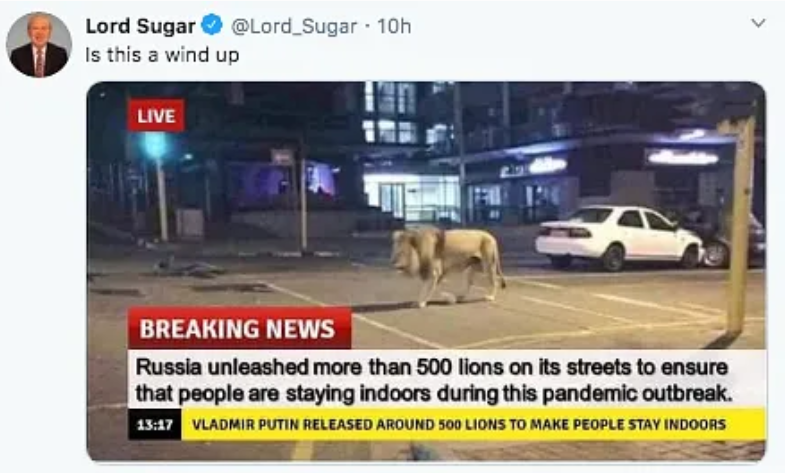 We found that several users on social media had shared the viral image on their respective handles. Newschecker received the same viral message on its WhatsApp helpline number from a user asking us to verify the claim. 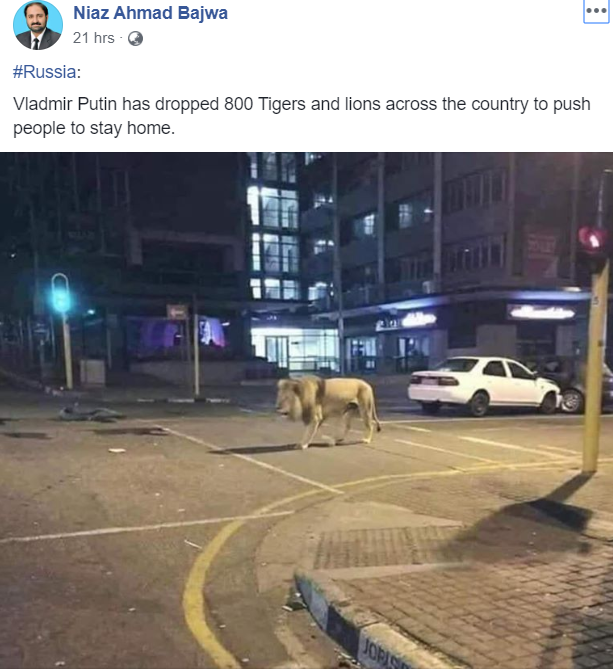 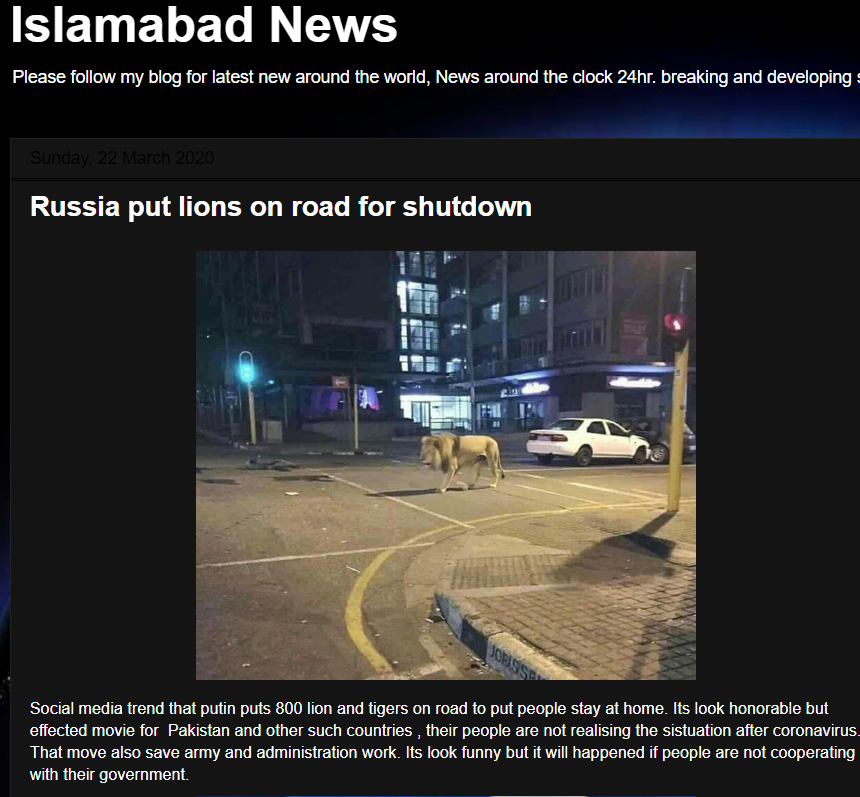 As we began fact-checking the claim, we looked for media reports but did not find any authentic information to corroborate.  During our search, we found a logo of ‘Breakyourownnews.com.’ on the top of the viral image. We found that the ‘Break you own news.’ is a website that lets you write your own headline and ticker. You can also choose any image you want to display in the template. It was evident that the image, widely shared on various social media platforms, has been created using this website.

We began fact-checking the image of a lion. Using reverse-image search on the Google search engine, we found several global media reports, which carried out the same viral image of a lion.

According to a report of Daily Mail, the image is from South Africa’s Johannesburg, and the lion, named Columbus, was brought for filming by a production crew.

The big cat was seen prowling around a residential area in Johannesburg But residents were reassured lion, called Columbus, was not on the loose The tame animal had been borrowed by a local production crew for filming This is the moment a giant male lion was spotted strolling down the streets of South Africa’s biggest city in the middle of the night.

As per the report published by Metro, Columbus was a part of local film production. However, as per Johannesburg Roads Agency (JRA), the filming had not been cleared, and the film company took a risk by releasing the lion into the city, without previously getting approval to close several roads the report added.

It seemed like he didn’t have a worry in the world. But everyone else was s***ting their pants of course when they saw him in Johannesburg, South Africa. MORE: Man who says ‘Mind the Gap’ on the Tube dies of cancer They needn’t have worried though as Columbus was just ‘acting’ as part of a local production.

It is evident from our fact check that the image of a bulletin viral on social media has nothing to do with Russia or Russian President. The image is from South Africa’s Johannesburg, and the lion seen in the viral image was brought for film shooting by the production crew.

Shaminder Singh
Shaminder started off his career as a freelance journalist for a consulting and research firm. He has been a Political Strategist and Media Manager. Before joining Newschecker, he worked with various reputed media agencies like Daily Post India, PTC News.
Facebook
Twitter
WhatsApp
Linkedin
Previous article
Riots Observed in London due to the unavailability of food items? No, Old Video Goes Viral
Next article
Did The US Discover A Vaccine That Can Cure COVID-19? Image Of A Test Kit Falsely Shared As An Image Of The Vaccine