Health Ministry of Italy did not release this video; Old video resurfaces in wake of Covid-19 A video has gone viral which contains the visual of how coronavirus spreads from person to person. The viral message with the video reads, “Ministry of Health ITALY released a small video, HOW the virus spreads!!!… BEST VIDEO. Please see ..how innocently it spread. SOAP is the remedy CLEAN/ WASH ur Hands always ..!!!”

A WhatsApp forward is going viral that contains a video and text message. The text message and the accompanying video seem to suggest that the video was made and released by the Italian Health Ministry for the #COVID19 outbreak to spread awareness about the same. 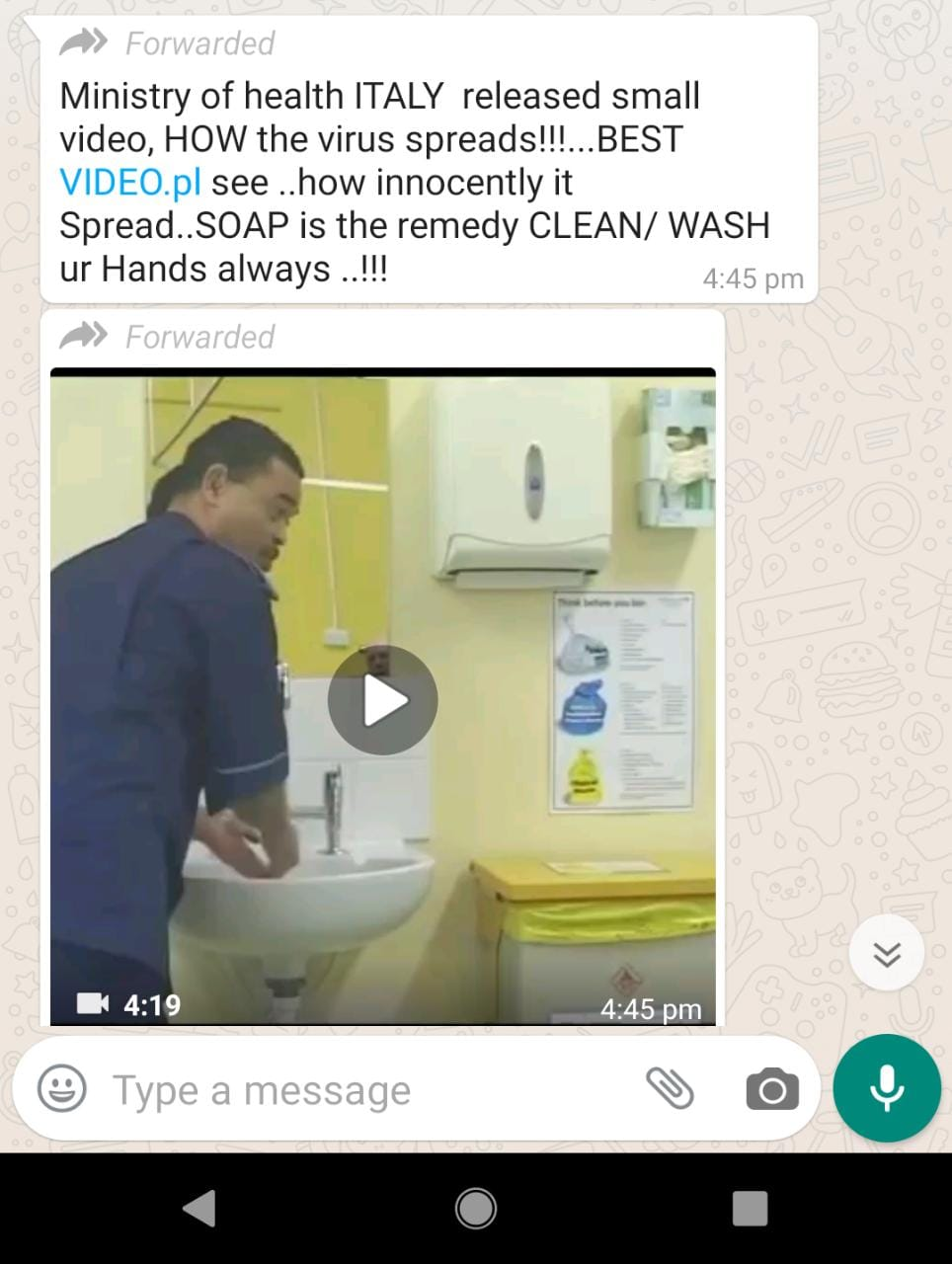 As we began fact-checking this video, we first fragmented the video in order to perform the reverse image search using the keyframes of the video. When we searched the first keyframe on Google, we found that the video is published by many individuals, channels and websites. 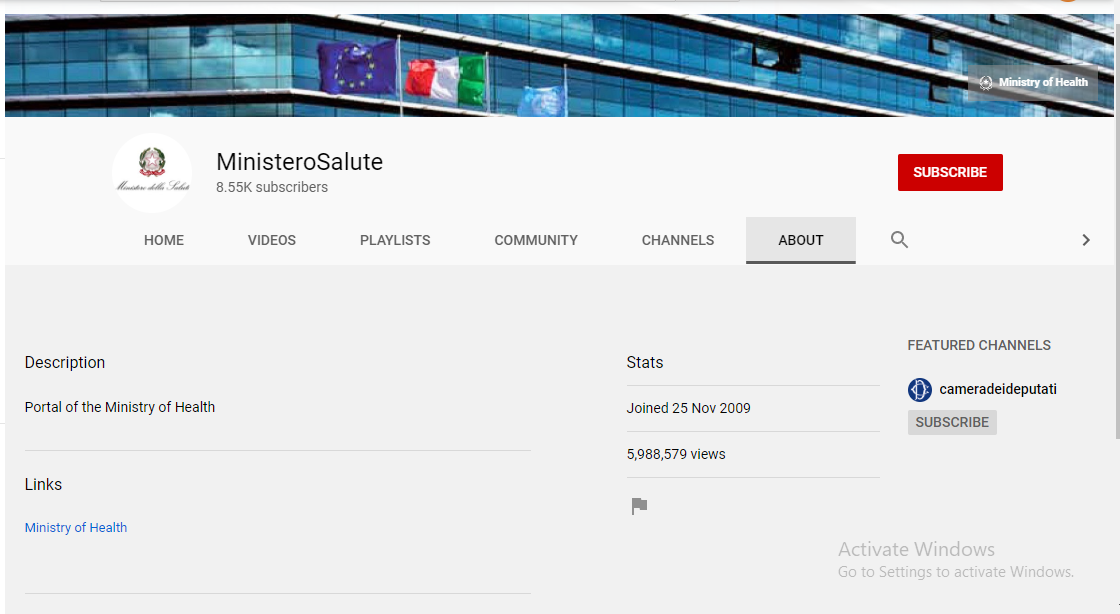 The intensity of this claim can be viewed here.

The intensity of this claim on Twitter can be viewed here.

The intensity of this claim on Facebook can be viewed here.

We found that the video is being shared with multiple claims.

Now, as we Google searched other keyframes, we found that the video has been available on the internet since 2012. The video was uploaded on a YouTube channel namely ‘Bandar Almutairi’ on 21 November 2012 with the title ‘Infection control in dialysis unit – Part 1’.

The other two parts of the video can be viewed below.

Now as we searched further, we found that the video has been available on the internet even before the aforementioned YouTube channel published this. The video was published on a YouTube channel namely ‘University Hospitals Birmingham NHS Foundation Trust’ on 26 May 2010 with the title “Infection control: break the chain”. The description of the video throws more light on the context, it reads, “The “break the chain” video shows how easy it is for hospital-acquired infections like MRSA and Clostridium difficile to be spread. Please make sure you wash your hands and use the alcoholic hand gels when visiting our hospital.”

Now, we searched the official YouTube channel of the Italian Health Ministry and found that no such video is released on the channel.

As it is evident from our fact-check that the viral video is not released by the health ministry of Italy in the wake of coronavirus but it is long-existing on YouTube, we reached the conclusion that the viral claim is ‘Misleading’.