Indian businessman Azim Premji, who is known for philanthropist activities, is again making the headlines for donating INR 50,000 crores to support India’s fight against the COVID-19 outbreak.

Many prominent journalists and public figures took to the microblogging site Twitter to express their gratitude towards Azim Premji for his donation. The tweet made by The Print journalist Shivam Vij can be viewed here.

Journalist Faye Dsouza who works with fact-checking website BoomLive also quoted Shivam Vij to show her gratitude for the donation made by Azim Premji. The tweet made by Faye can be viewed here. 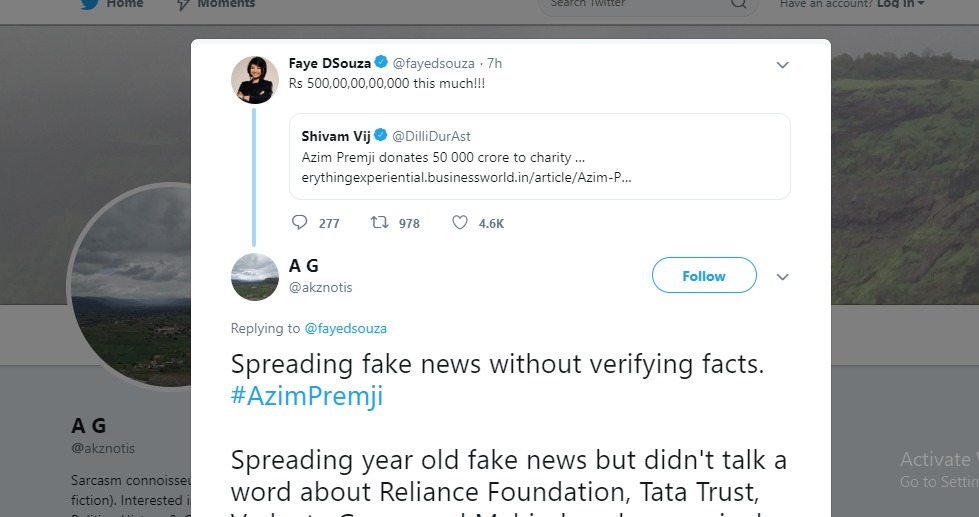 RJ Sayema quoted Shivam Vij to express her gratitude, the tweet made by Sayema can be viewed here.

The tweet made by Professor Ashok Swain can be viewed here. 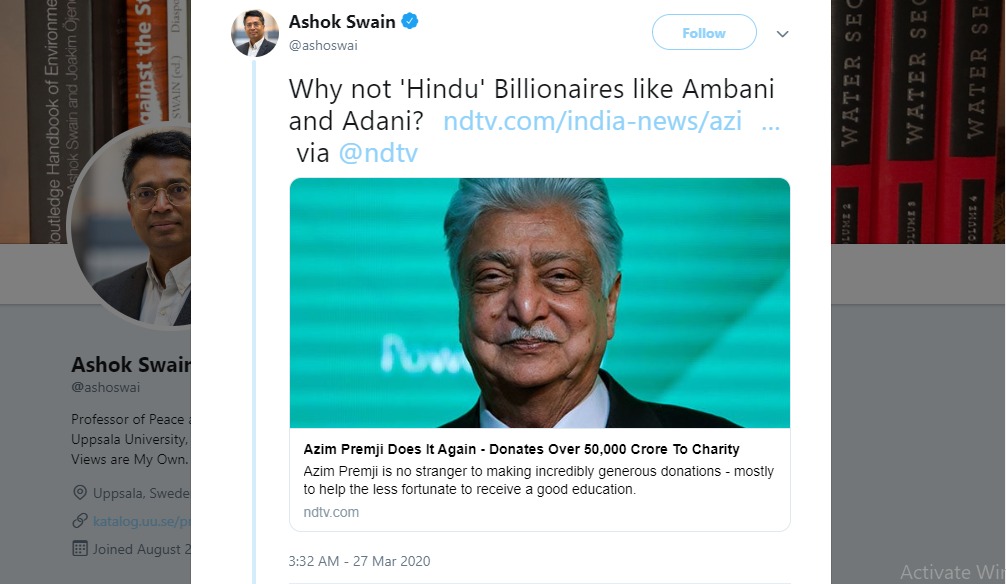 The tweet made by Congress politician and son of former President Pranab Mukherjee can be viewed here. The tweet made by Congress politician Salman Nizami can be viewed here. The tweet made by KRK can be viewed here. 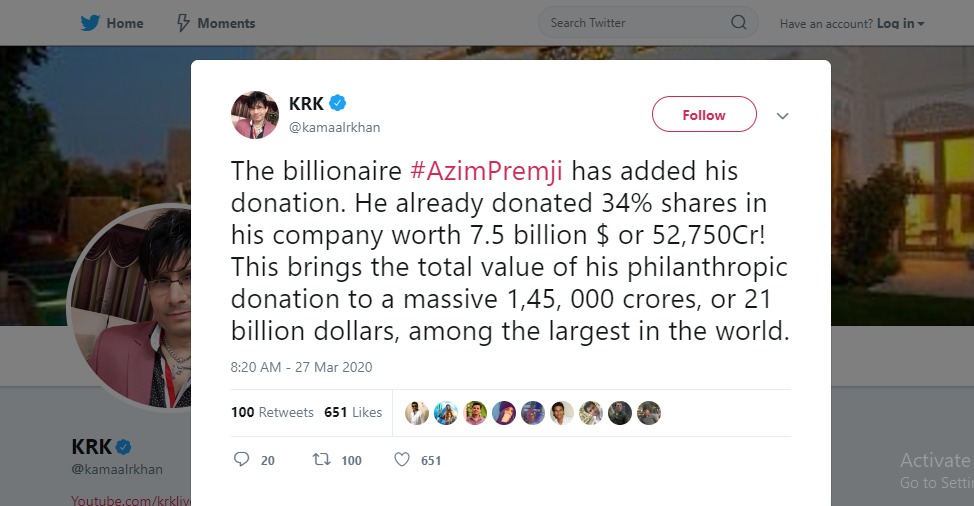 Reports carried out by media outlets can be viewed here 1, 2 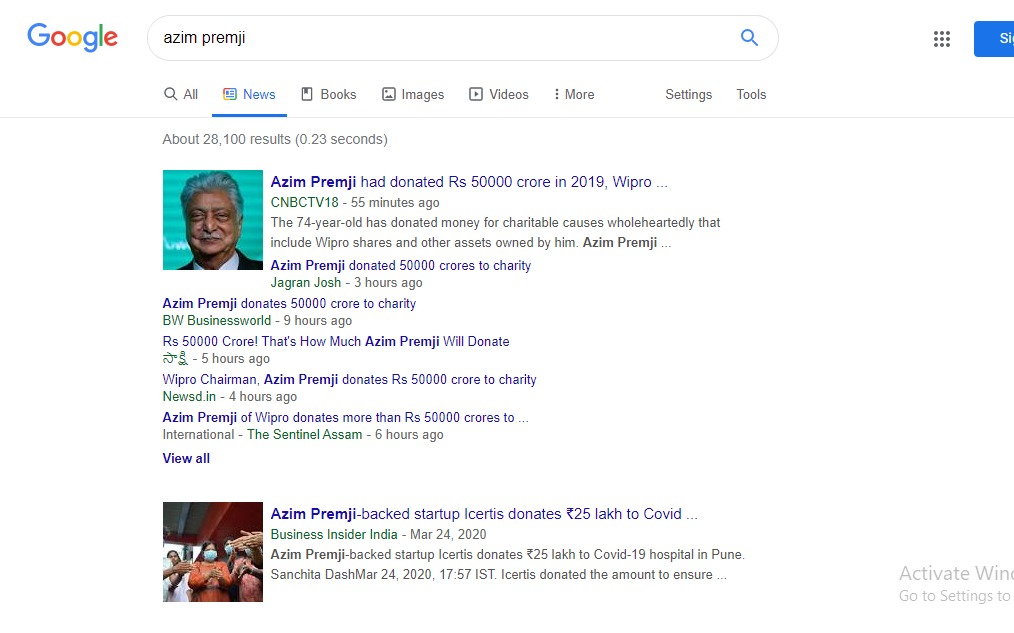 As we searched Google, we found a report published by CNBC which clarifies that the said donation was made in 2019 and not in 2020 in the wake of the COVID-19 outbreak as claimed by several verified Twitter handles and media outlets.

The donation was made by the philanthropist in mid-March 2019, making him one of the biggest philanthropists in India’s history.Get latest Business online at cnbctv18.com

An excerpt from the aforementioned report reads, “Tech giant Wipro has clarified that news reports and social media posts of Founder Azim Premji donating Rs 50,000 crore are misleading as the charitable contribution was made in March 2019. Yes, Premji, the then chairman of Wipro had earmarked 34 percent of his shares worth Rs 52,750 crore to an endowment under the Azim Premji Foundation.” 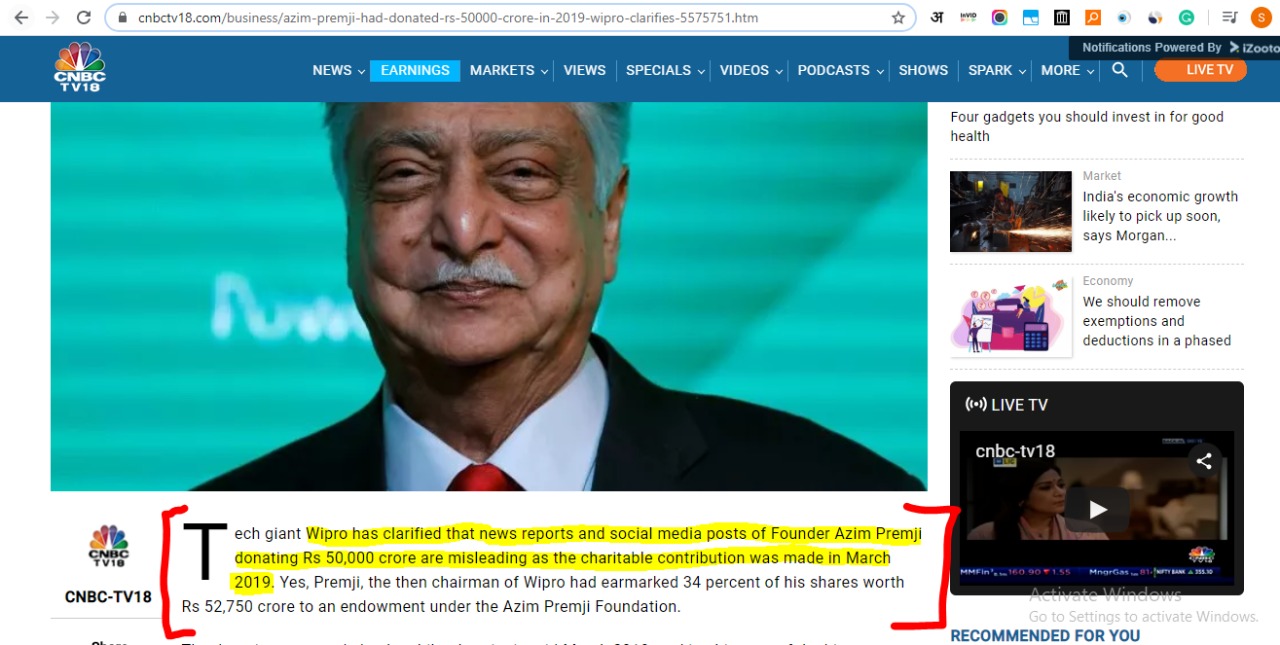 When we searched further, we also found a report published by the NDTV in March, 2019 which informs that Azim Premji donated INR 50,000 crore to charity. As per the NDTV report, the donation was made by Azim Premji foundation in the month of March last year to support poor people in India.

Azim Premji Does It Again – Donates Over 50,000 Crore To Charity

Azim Premji is no stranger to making incredibly generous donations – mostly to help the less fortunate to receive a good education. The billionaire chairperson of Wipro Limited has just added to the billions of dollars worth he has already donated by committing 34 per cent of shares in his company – worth 7.5 billion dollars or 52,750 crores.

We found that the statement of the Azim Premji Foundation mentioned in the aforementioned NDTV report is being used by media outlets to back their claim of Azim Premji donating INR 50,000 crore to fight COVID-19 outbreak in India. The same can be viewed here.

But the statement is one-year-old and can be viewed in the same NDTV article which was published in March last year. 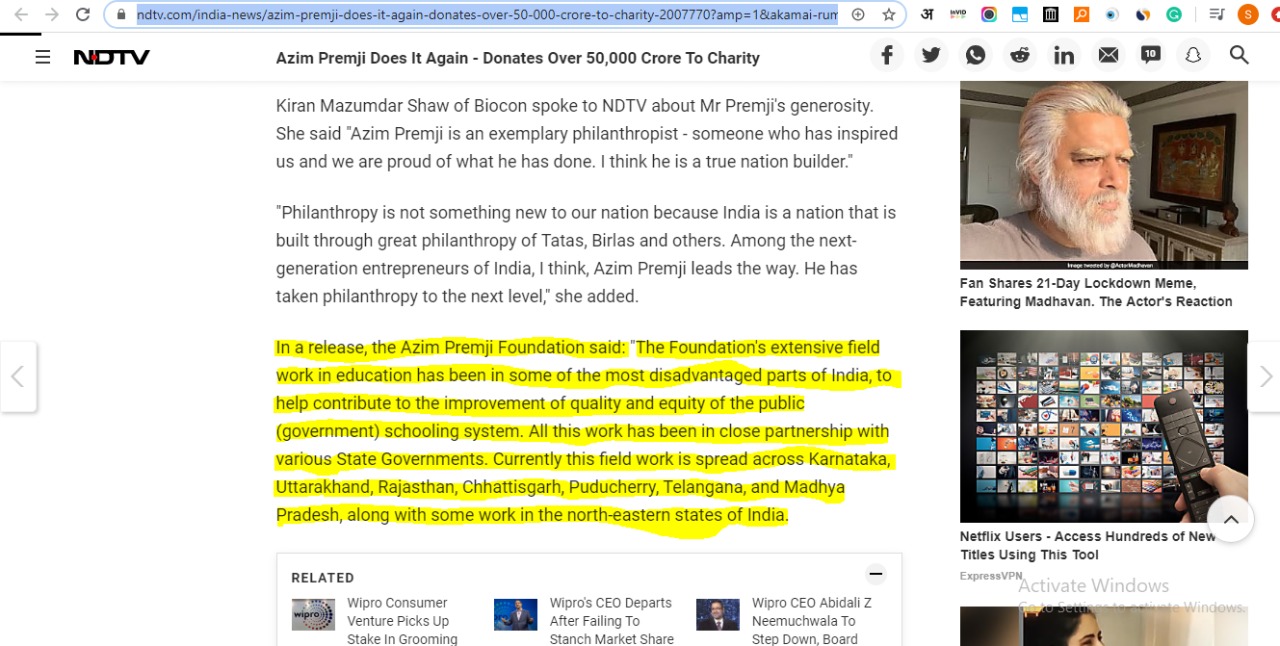 Hence it is evident from the findings presented above that several media outlets used an old statement of Azim Premji to back their claim that Azim Premji has donated INR 50,000 crore to fight COVID-19 outbreak in India and then the same media reports were amplified by several verified Twitter handles including journalists, media personalities and politicians.