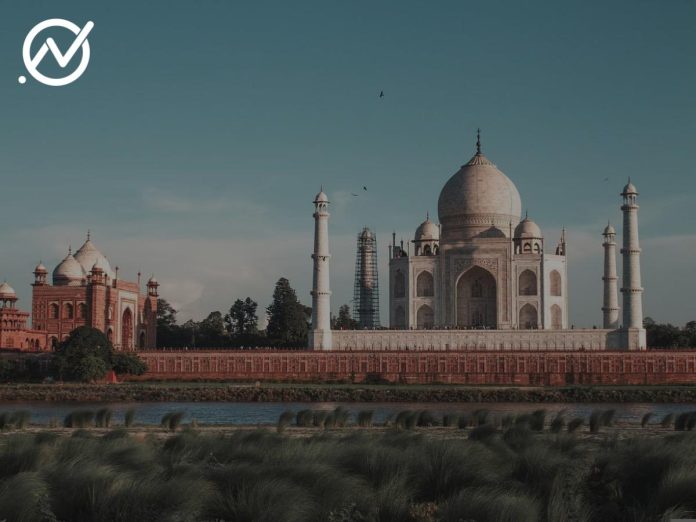 Controversial claims surrounding the Taj Mahal are back in the news again, this time over a PIL (Public Interest Litigation) that demands access to 22 sealed rooms inside the UNESCO world heritage site. The contention – the mausoleum was once a Hindu temple dedicated to Lord Shiva, called “Tejo Mahalaya”. Though the court dismissed the PIL, the issue has resurfaced in the mainstream and social media following a statement by BJP MP Diya Kumari, who is also a descendant of Jaipur’s erstwhile royal family, alleging that Emperor Shah Jahan “snatched/captured” the land on which the structure stands from her family unfairly and without compensation – a claim historians have refuted.

Speaking on the issue to the media, Diya Kumari said, “According to the documents we have, the land originally housed a palace, and Shah Jahan took over the land arbitrarily (kabza kiya) and the government belonged to him. Today if the government acquires your land, you are given a compensation for it. He did not give any such compensation. There was no law back then to appeal such cases. The land belonged to Jaipur Royal family and it is a good thing that someone raised their voice over this and filed a petition. We will provide any necessary documents available in the trust if the Court directs us.

While Singh’s remarks have added to the slew of unsubstantiated claims surrounding the Taj Mahal, historians have pointed out that the MP may have been unaware of crucial documents that contradicted her assertion.

Also read: Did Shah Jahan Cut Off The Hands Of Those Who Built Taj Mahal? No, It’s Nothing But A Myth

To verify the veracity of the claim, Newschecker conducted a keyword search on Google to find a tweet by historian and author Rana Safvi regarding the same. Safvi also posted documents stating that Raja Jai Singh had offered the same land for free but he was provided four havelis in exchange.

Further , speaking to Newschecker, Mughal historian and author Rana Safvi said “The farmans (of Shah Jahan) available at the Jaipur City Palace talk about four havelis that were given in lieu of the land where the Taj Mahal now stands. There is no such thing (document) to suggest that it was arbitrarily taken.”

Speaking about the various documents that exist to prove that adequate compensation was given, Safvi clarified, “I  have shared the copy of Shah Jahan’s farman from the book ‘Taj Mahal-The Illuminated Tomb’ by WE Begley and ZA Desai which is an anthology of works from the 17th century. Copy of the farman is also mentioned in Ebba  Koch’s ‘The Complete Taj Mahal’. All the seventeenth century works refer to the compensation, and in fact it is mentioned that he offered to give it up for free, but was offered compensation.”

Safvi explained that in the Padshahnama, a chronicle of his regin commissioned by Emperor Shah Jahan , Lahori writes “Even though Raja Jai Singh considered the acquisition of this [tract of land] to be his good fortune and a great success by way of utmost care, which is absolutely necessary in all important things, particularly in religious matters, a lofty mansion from the crown estates was granted to him in exchange”. Later instead of that one mansion four were given.”

Safvi further quotes the Amaal e Salih, where the author Salih wrote “After reaching Akbarabadi, it [body of Mumtaz Mahal] was entrusted to earth in the heaven like tract of land situated to the south side of the abode of the caliphate overlooking the river Jamuna which had belonged to Raja Man Singh, and to acquire it, his Majesty the Caliph had given in exchange a mansion loftier than the said mention to his grandson Raja Jai Singh.”

“Jai Singh was first given one haveli, and in 1633 four havelis. What’s not clear is whether they were additional or replaced in 1633. Due endorsement of the farman mentioned that Raja Jai Singh had earlier received a different crown property, the Haveli of Shehzada Khanum whose identity is unknown, but it is not stated whether the bequest was also part of the agreed exchange. Maybe the MP is not aware of these documentations,” Rana Safvi said.

How Did The Jaipur Royal Family Come To Own The Property?

Newschecker also contacted Manimugdha Sharma, journalist, academic and author of ‘Allahu Akbar: Understanding the Great Mughal in Today’s India’. Speaking to Newschecker, he said “The BJP leader’s claim is part fact, part fantasy. The plot of land where the Taj Mahal stands certainly belonged to Mirza Raja Jai Singh. But who was he? A top-ranking Mughal mansabdar (officer). How did the Kachhwahas (Jaipur royals) come to be in possession of that plot of premium real estate? Shouldn’t we be asking those questions?”

“Before their alliance with the Mughals propelled them to greater heights in the 16th century, the Kachhwahas of Amber had a smaller kingdom with much less influence—the top two kingdoms in Rajasthan were Mewar and Marwar,” Sharma explained. “The Mughal court was based in Agra when the Kachwahas of Amber became part of it. And they were Emperor Akbar’s favourites. In fact, the emperor was very impressed with their bravery and reportedly said “nihāl khwahim kard” (we shall cherish you/we shall rear you) after their first encounter. And he kept his word—he cherished them. The Kachhwahas held the highest mansabs (office) in the Mughal Empire. Jai Singh I got the title of Mirza—an epithet used for Timurid princes and nobles. So, they had access to the best that imperial service had to offer, and that included premium real estate. This river-facing property was a reward for imperial service.”

Sharma further explained the folly in the claim, citing that the acquisition of the land couldn’t have been without compensation, as it was for a mausoleum. “When Shah Jahan’s surveyors chose this plot of land as being ideal for the grand mausoleum, the Mirza Raja, going by contemporary accounts, readily offered to part with it as a gesture of his solidarity with the grieving emperor. Now, he may not have had much of a choice there—Diya Kumari is correct there. But a Muslim funerary monument couldn’t have been built on a plot of land that was seized—that would be harām; it had to be acquired legally. So, the emperor went through an elaborate legal process by issuing a farman and compensating the Mirza Raja more than adequately—by allocating him four other crown properties held by Rajputs in Akbar’s time,” Sharma explained.

“The BJP leader’s point, therefore, isn’t correct. If you are looking for a modern equivalent of what happened there, look at infrastructure building in modern India. A highway or a power plant might go over privately-owned land—agricultural or non-agricultural. The state offers compensation to the owners for vacating that property. People don’t always want to part with their land or get the money they deserve. Mirza Raja Jai Singh got four properties in exchange for one—something that he got only because of his position in court and his proximity to the imperial family. Let us be clear about one thing: the Jaipur royal family got their pre-eminent position only because of the Mughals for whom they were willing to shed blood and die,” he clarified.

The article was updated to remove a rating pending further research.

Pankaj Menon
Pankaj Menon is a fact-checker based out of Delhi who enjoys ‘digital sleuthing’ and calling out misinformation. He has completed his MA in International Relations from Madras University and has worked with organisations like NDTV, Times Now and Deccan Chronicle online in the past.
Facebook
Twitter
WhatsApp
Linkedin
Previous article
Sharad Pawar Called Himself ‘Baap’ Of Hindu Gods? Here’s The Truth Behind The Viral Claim
Next article
No, Childline 1098 Does Not Collect & Distribute Food Leftovers To Needy Children