Soon after PM Narendra Modi’s return to India after his three-day U.S. visit, social media users are discussing how his visit has been perceived by western media and in this context, an image, allegedly showing the front page of the New York Times (NYT) has gone viral.

The photograph, allegedly of the front page of the September 26 edition of the acclaimed American broadsheet newspaper claims that NYT featured and praised PM Modi, calling him the “Last, Best Hope of Earth”

In the context of the PM’s latest foreign visit, this image attempts to provide a glimpse of how American media reported on PM Modi’s US visit, with the subheadline claiming that the NYT wrote that “world’s most loved and powerful leader” had arrived to “bless” the United States of America.

The PM attended the Quad Summit in the US from September 23, where he held meetings with President Joe Biden and his Quad counterparts from Australia and Japan and addressed the 76th session of the United Nations General Assembly.

Newschecker received eight requests from users on its WhatsApp helpline number (+91 9999499044), to check the veracity of this image.

In addition, the image has been posted several times on Facebook since 26th September and has hundreds of likes and shares from users.

Just a few months ago in July 2021, the New York times received backlash on Twitter and other platforms for a job advertisement which many found objectionable. However, this viral image was shared by many Twitter users with similar captions.

To verify whether the New York Times featured PM Modi on its front page, we checked their archives available online on the official website. The front page available on the website shows a photograph of the sun setting in Frankfurt, Germany on the left-hand side and an article with the headline “Fabled Police Force Shows Limits of Death Inquiries” on the right-hand side.

Further, we conducted a keyword search using the text in the viral photograph, to ascertain whether this photograph and caption were ever printed by the New York Times. On searching for “Last, Best Hope of Earth” on the NYT website, we found no results related to PM Modi.

A closer analysis of the viral image reveals a spelling error as September is misspelled as ‘Setpember’ in the date section on the header of the page.

In addition, the viral image incorrectly states that the Sunday edition of the NYT costs two dollars and fifty cents when it should be six dollars.

The caption for PM Modi’s picture in the viral image reads, “His Highness, Modiji is signing on a blank a4 paper to bless our country… har har Mahadev”

A reverse image search of the photo led us to the Prime Minister’s website narendramodi.in where the photo was first uploaded under the section of ‘India’s Vikas Yatra,’ which details the policies of the Modi government in the last seven years.

Further, on 29th September, The New York Times clarified through their official Twitter handle for press enquires by saying, the image in circulation is “completely fabricated”

The New York Times did not feature Narendra Modi on their front page. The viral photo claiming to be the front page of NYT is fabricated.

Photography of PM Modi, first in his official website: https://www.google.com/url?q=https://www.narendramodi.in/vikasyatra&sa=D&source=editors&ust=1632751546958000&usg=AOvVaw16tpJwe1dG1h1zM3BoIFYP 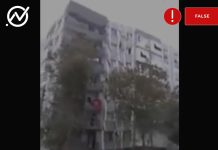 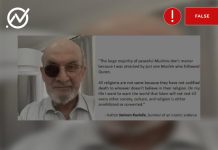