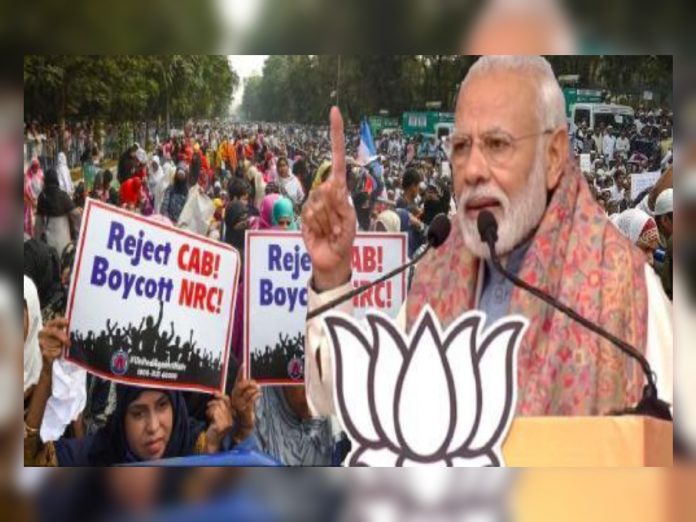 On the chilly Sunday in Delhi, our Prime Minister expressed his (Aabhar) gratitude to Delhiites. During his rally, PM Modi spoke not just about the achievements of his government but also criticized the opposition for the recent violence over the Citizenship Amendment Act. Everything was going really well and people were applauding the Prime Minister for his diligence. But then our Prime Minister said something which is not gullible. He said, “मेरी सरकार आने बाद, 2014 से अब तक, मैं 130 करोड़ देशवासियों को कहना चाहता हूं, कहीं पर भी NRC शब्द पर चर्चा नहीं हुई है” (Since my government came into existence, there is no discussion on NRC). But is that so?

When Home Minister Spoke About NRC

In Jharkhand, Shah announced that his government will not just make sure the implementation of NRC but also throw out infiltrators by 2024. This wasn’t the first time when Amit Shah spoke about NRC in a public rally. On 11 April 2019 in Darjeeling, he declared that his government will take NRC to the entire country. Not just Amit Shah, Defence Minister of the country Rajnath Singh too spoke about NRC during his election campaigns.

Reality Of The Detention Camps

When the ministers of his cabinet are openly talking about NRC then the statement by PM Modi seems a stretch. PM Modi did not stop here, further in his speech he said, “Opposition is spreading fear by saying people will be sent to detention camps whereas, there are no detention camps in India”. However, media reports and his MPs may have to disagree with him.

On 27 November in Rajysabha MoS Nityananda Rai informed the parliament that 28 people have died in the detention center.

Here, NDTV talks about the new detention center for foreign nationals in Karnataka

Now the dilemma in front of us is whom to believe as Prime Minister Narendra Modi and his ministers have different narratives to tell. When the whole nation is already on roads against Citizenship Amendment Act (CAA) and NRC (National Register of Citizen), when misinformation making things even worse, the statement by PM Modi is only adding fuel to the fire. Preeti Chauhan
Believing in the notion of 'live and let live’, Preeti feels it's important to counter and check misinformation and prevent people from falling for propaganda, hoaxes, and fake information. She holds a Master’s degree in Mass Communication from Guru Jambeshawar University and has been a journalist & producer for 10 years.
Facebook
Twitter
WhatsApp
Linkedin
Previous articleAmidst Delhi Violence, Video of Bus Driver Beaten in Maharashtra shared with Communal Angle
Next articleAll You Need To Know About Citizenship Amendment Bill 2019

Preeti Chauhan
Believing in the notion of 'live and let live’, Preeti feels it's important to counter and check misinformation and prevent people from falling for propaganda, hoaxes, and fake information. She holds a Master’s degree in Mass Communication from Guru Jambeshawar University and has been a journalist & producer for 10 years.