On the occasion of Indian Navy Day, Congress party’s official Twitter handle shared an image of a ship wishing fellow citizens. Punjab Kesari also shared the same image to commemorate the day. If you look at the ship closely, you can easily figure out it’s not an Indian Navy ship but a foreign ship. Congress later deleted the tweet, however, an archived version of the tweet can be seen here. 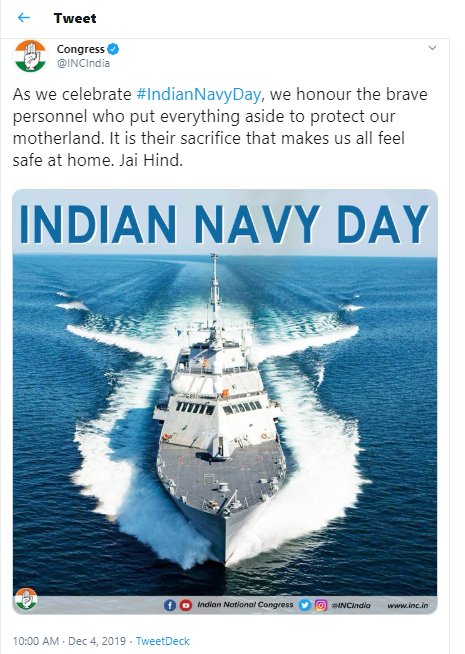 Now since the image in the claim seemed malicious, we began our investigation to know if the ship really belongs to the Indian Navy. We performed a reverse image search and it led us to various sources. Most of the sources hinted towards the ship belonging to the US Navy Fleet while others indicated miscellaneous information. If you observe the results of reverse image search, you can easily understand what went wrong. The default keyword for the image shared by INC reads “Indian coast guard recruitment 2019” – this creates confusion whether the ship belongs to the  Indian Navy or to a foreign Navy fleet. 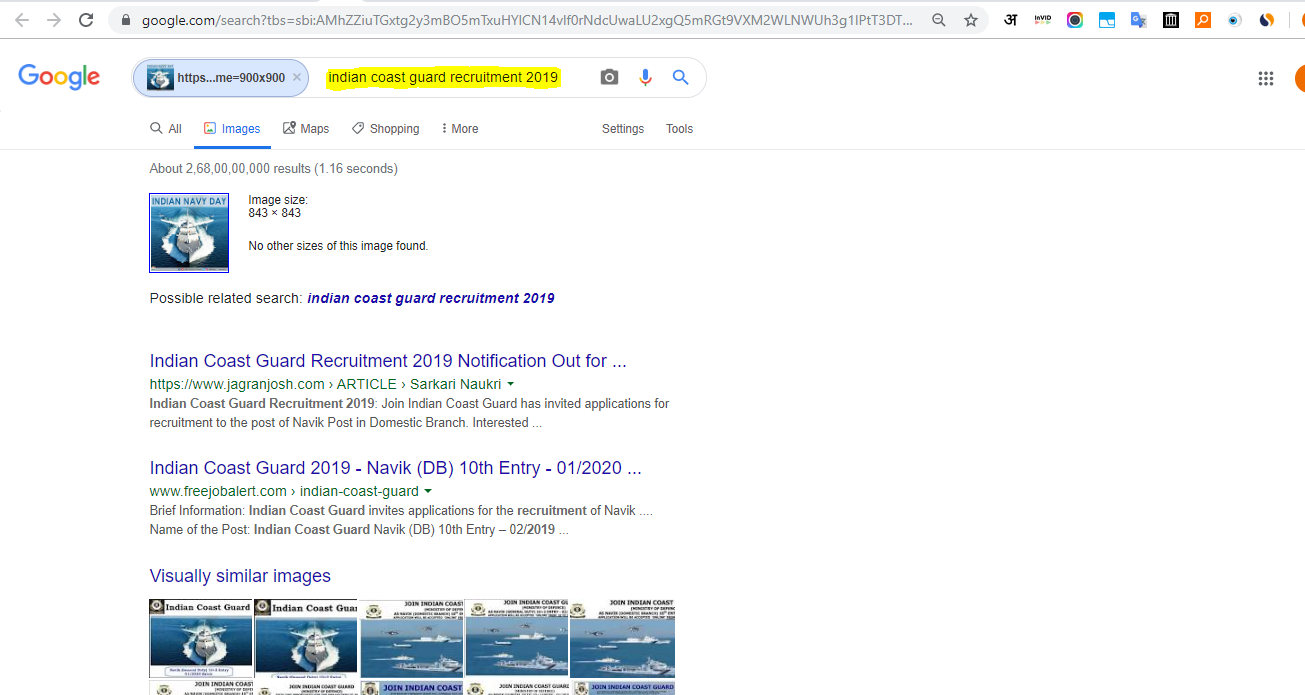 Greetings on Indian Navy Day. Let’s wear Armed Forces flag with honour and pride. Contribute generously to the ‘#ArmedForcesFlagDay Fund’ to assure our soldiers that the entire nation cares for them & their families. https://t.co/sFwfNCgrcA pic.twitter.com/PHtqYm9QZU

Navy Day: 10 interesting facts about India’s most strategic force- The Times of India

The Indian Navy is the seventh largest naval force in the world. The multi-dimensional combat force has several responsibilities for safeguarding the coast, maritime warfare and rescue operations during disasters. As we celebrate the 45th Indian Navy day, here are 10 amazing facts about our ‘guardians of the oceans’.

On Navy Day, Here Are 23 Incredible Facts About The Indian Navy That’ll Fill You With Pride

The Indian Navy could easily be the coolest and classiest of armed forces in the world. And today, as we celebrate Indian Navy Day, we want to ensure that we’re all as thankful for India’s first coastal defence line, as they are amazing.

Ship Belongs to US Navy Fleet

After the confusion created as a result of reverse image search, we further went on to dig deeper. During our study on the aforementioned ship, we found a CNBC story which explains the details about the ship. The CNBC story suggests that the ship belongs to US Navy Fleet and goes with the name “The future USS Little Rock (LCS 9)”. The CNBC story which was published in November, 2017 also mentions that the ship was to be commission in Buffalo the same year.

Lockheed’s strategy is aimed at silencing critics and snagging more orders, as well as helping it win a key Navy contract.

Now, after reading the CNBC story, we checked the US Navy website for more details but we didn’t find enough details to corroborate. We used Google custom search between December 15, 2017 to December 17, 2017 with the same keyword mentioned in the CNBC story, this led us to the US Navy’s official YouTube channel, where we found a 54-second video which backs the CNBC story.

At 29 seconds, the video contains the exact image shared by INC’s official Twitter handle and other media outlets. 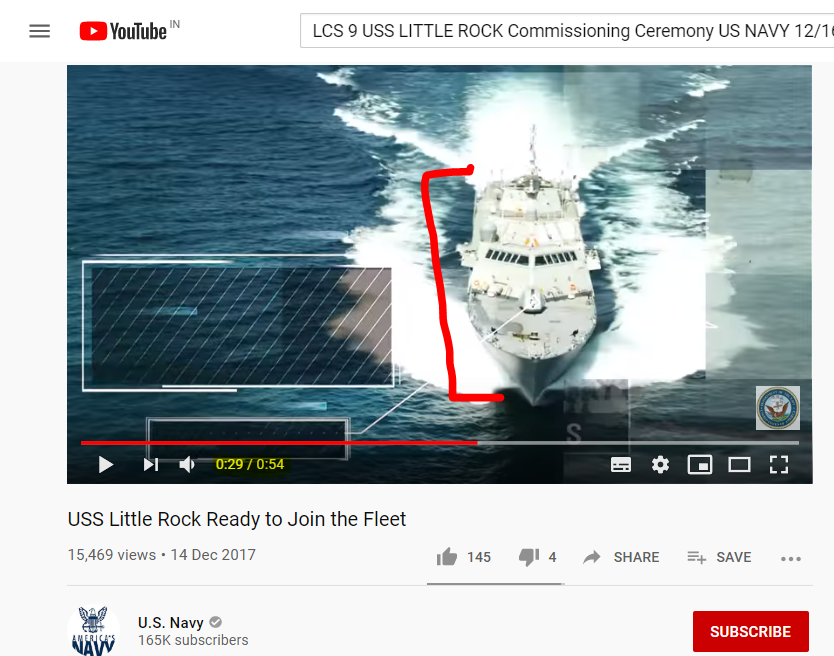 When we further observed the YouTube video, the description of the video itself is pretty explanatory. The description reads, “The Navy commissioned its newest Freedom-variant littoral combat ship, USS Little Rock (LCS 9), Dec. 16, at the Canalside waterfront in Buffalo, New York. Little Rock is the 10th littoral combat ship to enter the fleet and the fifth of the Freedom-variant design. It is the second warship named for the Arkansas state capital and was commissioned alongside the first USS Little Rock (CL 92), which serves as a museum at the Buffalo and Erie County Naval and Military Park. (U.S. Navy video/Released)”

It was evidently clear that the image of ship shared by Congress doesn’t belong to Indian Navy fleet but is a part of the US Navy Fleet. The claim made by Congress’ official Twitter handle and other media outlets turned out to be “Misleading”.

Saurabh Pandey
A self-taught social media maverick, Saurabh realised the power of social media early on and began following and analysing false narratives and ‘fake news’ even before he entered the field of fact-checking professionally. He is fascinated with the visual medium, technology and politics, and at Newschecker, where he leads social media strategy, he is a jack of all trades. With a burning desire to uncover the truth behind events that capture people's minds and make sense of the facts in the noisy world of social media, he fact checks misinformation in Hindi and English at Newschecker.
Facebook
Twitter
WhatsApp
Linkedin
Previous articleAccused And The Victim In Azamgarh Rape Case Are Not Relatives, Twitter User Makes False claim
Next articleNirmala Sitharaman’s statement “I don’t eat onions, so doesn’t matter to me” taken out of context