Hyderabad Case: Divya Reddy’s death is not just a Doctor’s death but it is sheer lust that killed a veterinary scientist and researcher. It is a big loss for the world. Don’t you think it’s not just lust but a conspiracy? I can smell a conspiracy being buried in the name of encounter. #Disha_Case

The intensity of this claim can be seen here

The Hyderabad rape case, one of the most discussed rape cases in India, courted a fresh demand for stricter laws and their implementation. Amid outrage after such incidents, many social media users, while demanding justice for the victims, often cite reasons or facts that are more emotion-driven than factual. The Hyderabad rape case and its aftermath is being fiercely debated. Some people think that justice is done while others think it is yet to be delivered. In many of our fact checks, you can see how there is plenty of Fake News around this particular case. Let’s take a look at what sorts of ‘misleading claims’ related to Hyderabad Rape Case are doing the rounds on social media and what is the reality of these claims.

In one of the findings, we found a link to a website which has published more pictures of the woman said to be Divya Allola Reddy. 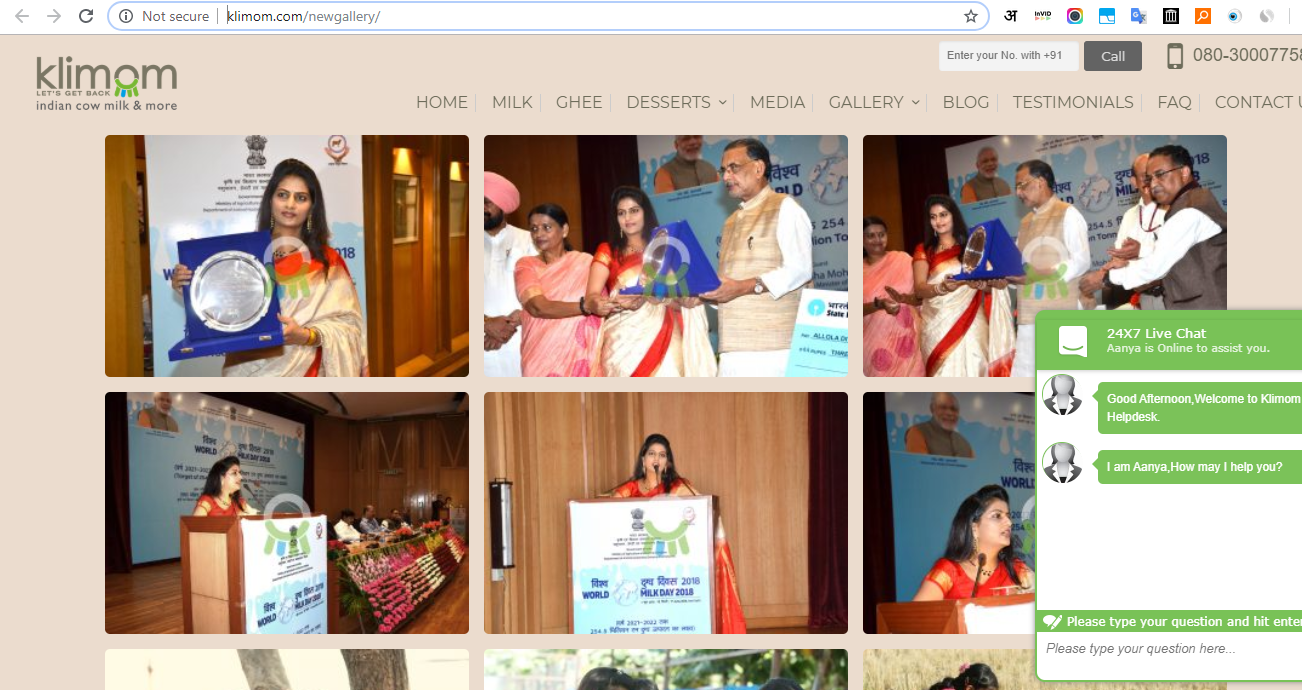 When we further checked the website, we got to know that KliMom is a Hyderabad based farm cafe and is founded by Divya Allola Reddy. On their website’s contact us page, we found their social media handles. We found the same video as we checked their facebook page which was published on 2 June, 2018. The description of the video reads, “Watch Allola Divya Reddy speak on winning the National Gopal Ratna Award 2018. She talks about her movement for increasing the population of desi cows and healthy milk through KLIMOM. Visit https://bit.ly/2sxXSUw #GopalRatnaAward2018 #WorldMilkDay2018”

We then checked the Twitter profile link mentioned on the KliMom website. The Twitter handle has shared a picture of Allola Divya Reddy receiving an award from the then Union Agriculture Minister Radha Mohan Singh. The description of the tweet reads, “Allola Divya Reddy, founder Klimom, has been awarded with the National Gopal Ratna Award on 1st June 2018 by the Government of India. The Hon’ble Union Minister Shri Radha Mohan Singh, Ministry of Animal Husbandry, gave away the award to Klimom for its commendable effort.” The description of the tweet made by KliMom clarifies the context of the video and testifies the person speaking in it.

Allola Divya Reddy, founder Klimom, has been awarded with the National Gopal Ratna Award on 1st June 2018 by the Government of India. The Hon’ble Union Minister Shri Radha Mohan Singh, Ministry of Animal Husbandry, gave away the award to Klimom for its commendable effort. pic.twitter.com/wcdhbJck1W

As we found all the details about the woman speaking in the video is Allola Divya Reddy who was speaking at National Gopal Ratna Award on 1st June 2018 and is not the Hyderabad Rape Victim.