BJP spokesperson Sambit Patra shared a video and claimed that Aam Aadmi Party MLA Amanatullah Khan in an election rally said, “Allah has decided, these merciless people will get killed… We will become Sharia… It takes somewhere to start…”

Friends, this is what the Aam Aadmi Party thinks. You also think a little… Everything will be decided by Allah only or you too will decide something?

Do you want to become Sharia or not?

It is an established fact that whenever the announcement for the general or assembly elections takes place, the intensity of the misinformation, disinformation and fake news seamlessly increases. The national capital is poll-bound and lots of misinformation have been called out by us previously. We got tagged to fact-check a video shared by the BJP spokesperson Sambit Patra, Film-maker Vivek Agnihotri and many others of a speech made by sitting MLA and candidate for the Okhla Assembly Constituency.

This video is viral with multiple claims.

Video shared with a similar claim as of Sambit Patra can be viewed here.

Video shared with a similar claim as of Vivek Agnihotri can be viewed here.

In the viral video, one can spot AAP MLA Amanatullah Khan giving a speech and making an appeal to vote for him and a watermark on the video which reads “Breaking News Express”. As we began to fact check the video shared by Sambit Patra, we first checked if the video is doctored. Since there was a watermark on the video, we first tried to check if there are any Facebook Page or YouTube channels with the watermark text. We first searched Facebook and found a page with the same name but there was not much information on the Facebook page to corroborate, also the video shared by Sambit Patra was not shared by these pages. Since we couldn’t get the same video on Facebook, we then searched YouTube and we found the same video on a channel with the same name as mentioned in the watermark. 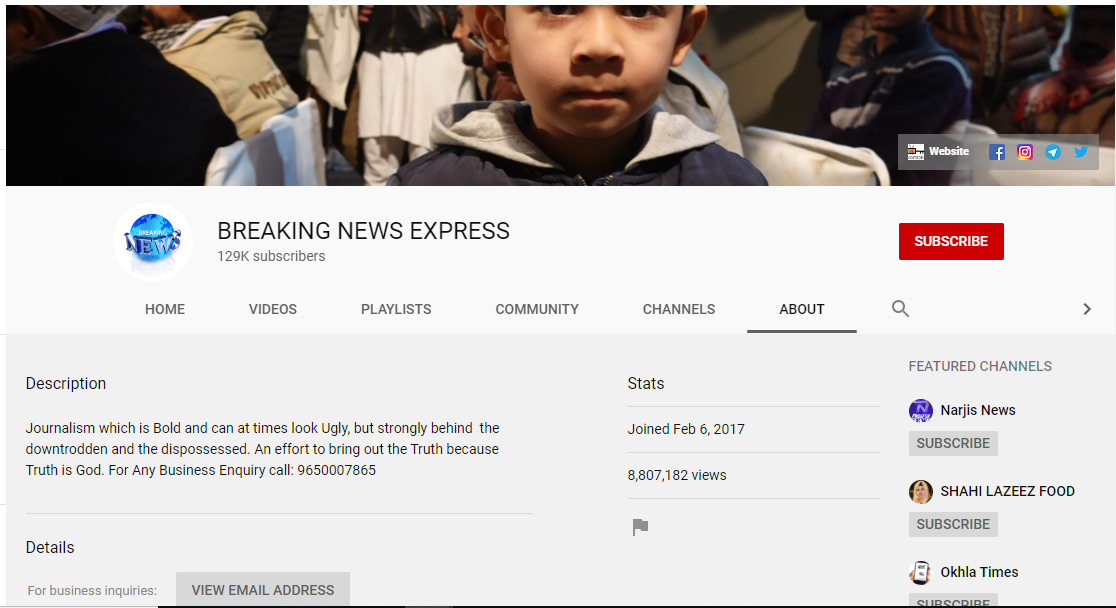 The video published by the aforementioned YouTube channel is a longer version of the one shared by Sambit Patra. Notably, the same watermark can also be seen in the video. After seeing the watermark and the longer version, we reached the conclusion that the video is not doctored. Now, we began to check if the claims shared by Sambit Patra and Vivek Agnihotri are true or not.

We heard the whole video and a transcript of the same can be read below.

After hearing the whole audio at slower, faster and normal speeds, we reached the conclusion that the video shared by Sambit Patra, Vivek Agnihotri, and many others is ‘Misleading’ and AAP MLA Amanatullah Khan didn’t say “We will become Sharia” but “We will become medium (Zaria).