Constitution amendment bill introduced in Rajya Sabha. All the benefits/subsidies shall be withdrawn for the families having more than Two Children. Bravo! Thanks to Prime Minister Narendra Modi and Home Minister Amit Shah.

Constitution amendment bill introduced in rajyasabha, All the benefits / subsidies shall be withdrawn for the family having more than Two Children….Bravo ! Thanks to PM @narendramodi ji & @HMOIndia @AmitShah ji pic.twitter.com/8YwwtO7BFc

The bill reads, “The State shall promote small family norms by offering incentives in taxes, employment, education, etc. to its people who keep their family limited to two children and shall withdraw every concession from and deprive such incentives to those not adhering to small family norm, to keep the growing population under control”. Constitution amendment bill introduced in rajyasabha, All the benefits / subsidies shall be withdrawn for the family having more than Two Children….God bless Modi sarkar and hoping this gets passed without hiccups. pic.twitter.com/tFYIx7Rqdh

Constitution amendment bill introduced in rajyasabha, All the benefits / subsidies shall be withdrawn for the family having more than Two Children…. pic.twitter.com/Fik8b3v3WH 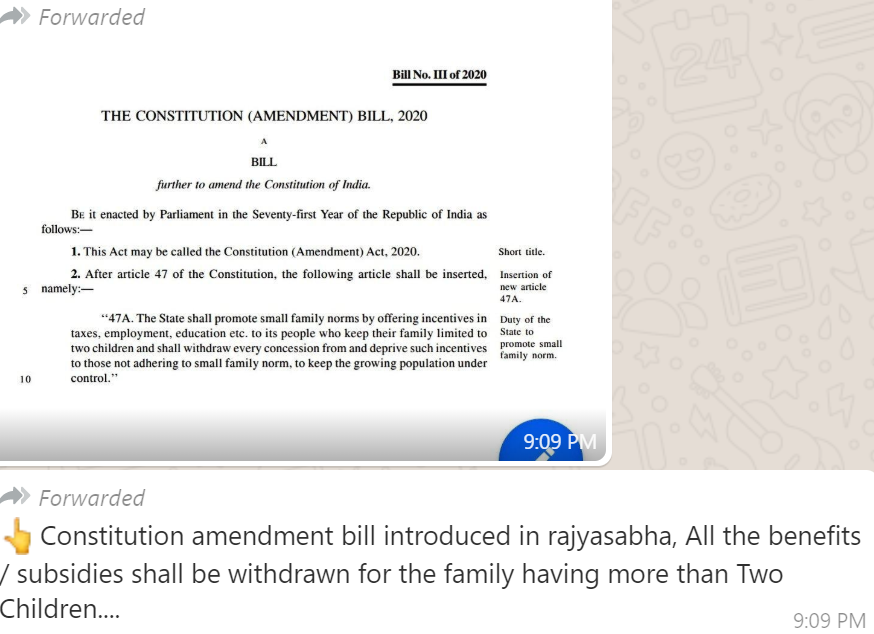 We searched the official website of “Rajya Sabha” and found the same bill in parliamentary bills and information systems. During our search, we found that Shiv Sena Member of Parliament Anil Desai introduced Constitution (Amendment) Bill as a private member bill in the Rajya Sabha on February 7, 2020. A detailed version of the bill can be read here: 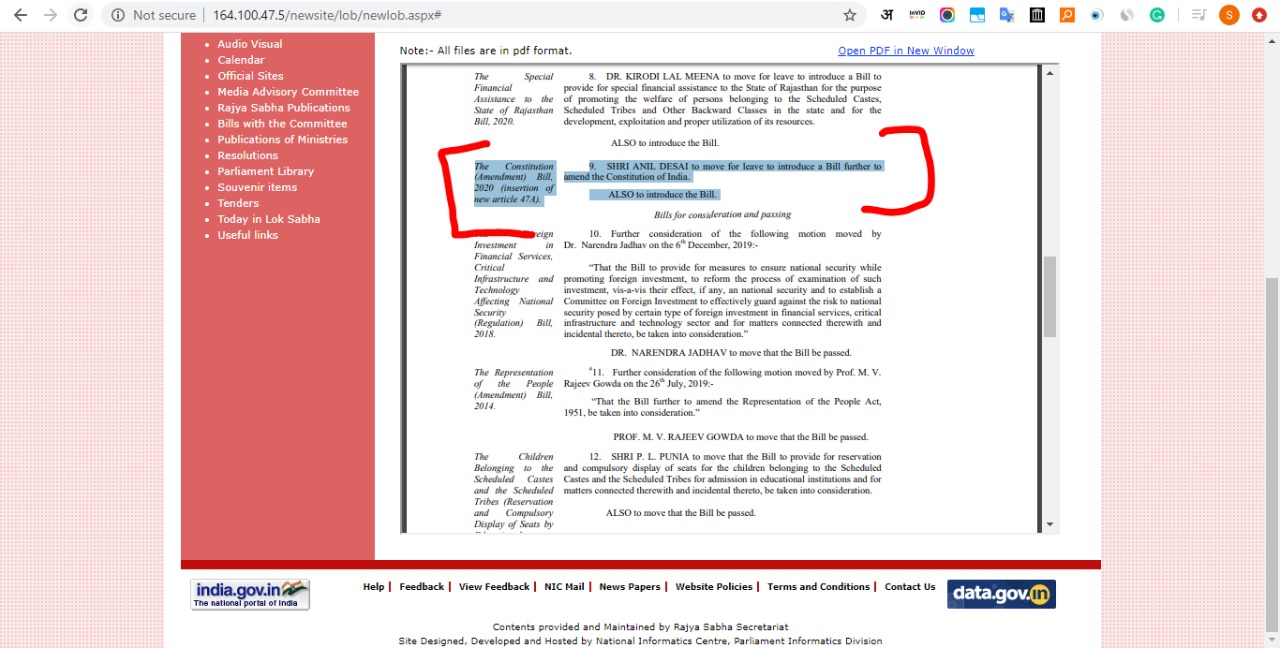 During our search, we also found that the bill was moved by a private member and not the government. However, the bill was not discussed in Rajya Sabha on February 11, 2020.

The number of Private Members’ bills passed in India:

What is the difference between private and government Bills in Parliament?

Explained: The difference between private and government Bills in Parliament

On Friday, a BJP member in Rajya Sabha appeared to abandon his plan of introducing a private member’s Bill on the Uniform Civil Code (UCC), a code that would be applicable to all religious communities in personal matters such as marriage, divorce, inheritance and adoption.

Newschecker team fact-checked the claim and found that message viral on social media congratulating Prime Minister Narendra Modi led the NDA government for the introduction of incentives to promote smaller families is false. The bill was moved by Shiv Sena MP Anil Desai and was introduced as a private member bill.