A man was urinating on the wall built to hide the slums before US President Donald Trump’s visit. 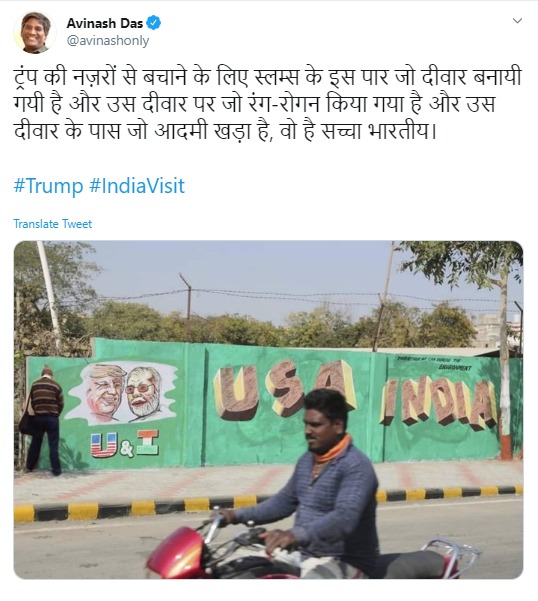 Since US President Donald Trump is visiting India on 24-25 February, his visit has created a buzz on social media. Writer and Director Avinash Das, Aam Aadmi Party social media Incharge Aishwary Verma, Writer Santosh Addagulla and many others have shared a photo in which a man can be seen urinating on a wall that consists the paintings of US President Donald Trump and Indian PM Narendra Modi.

As we reverse searched the viral picture, we found that the man urinating on the wall is missing in the actual picture. The same image is posted by many websites.

India builds wall along slum ahead of Trump visit

India hastily builds wall along slum ahead of Trump visit

India hastily builds wall along slum ahead of Trump visit

AHMEDABAD, India – (AP) – A half-kilometer (1,640-foot) brick wall has been hastily erected in India’s Gujarat state ahead of a visit by U.S. President Donald Trump, with critics saying it was built to block the view of a slum area inhabited by more than 2,000 people.

The difference between the two images:

The key differences between the two images are: 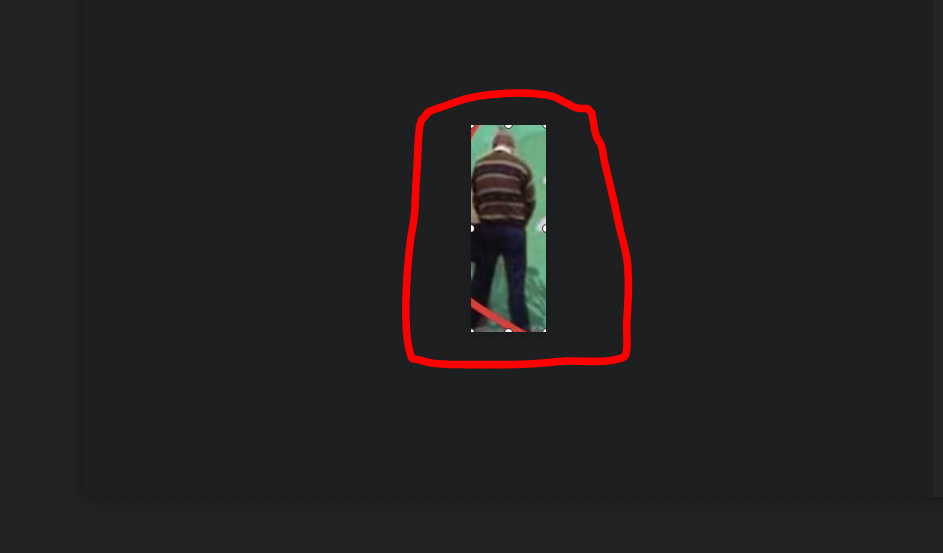 As it is clear from their name, the website ‘Faking News’ is a satirical website and the content shared by them is for entertainment purposes only. However, it was evident from the date on which the Faking News article was published that the picture of urinating man is not related to Trump’s India visit in anyway.

Good citizen urinating only on walls that already smell of piss

Urinating on public walls is an integral part of Indian culture. While people generally use any wall they see for urination, 26 yrs old Azad Singh makes sure that he urinates only on walls that are already smelling of piss. 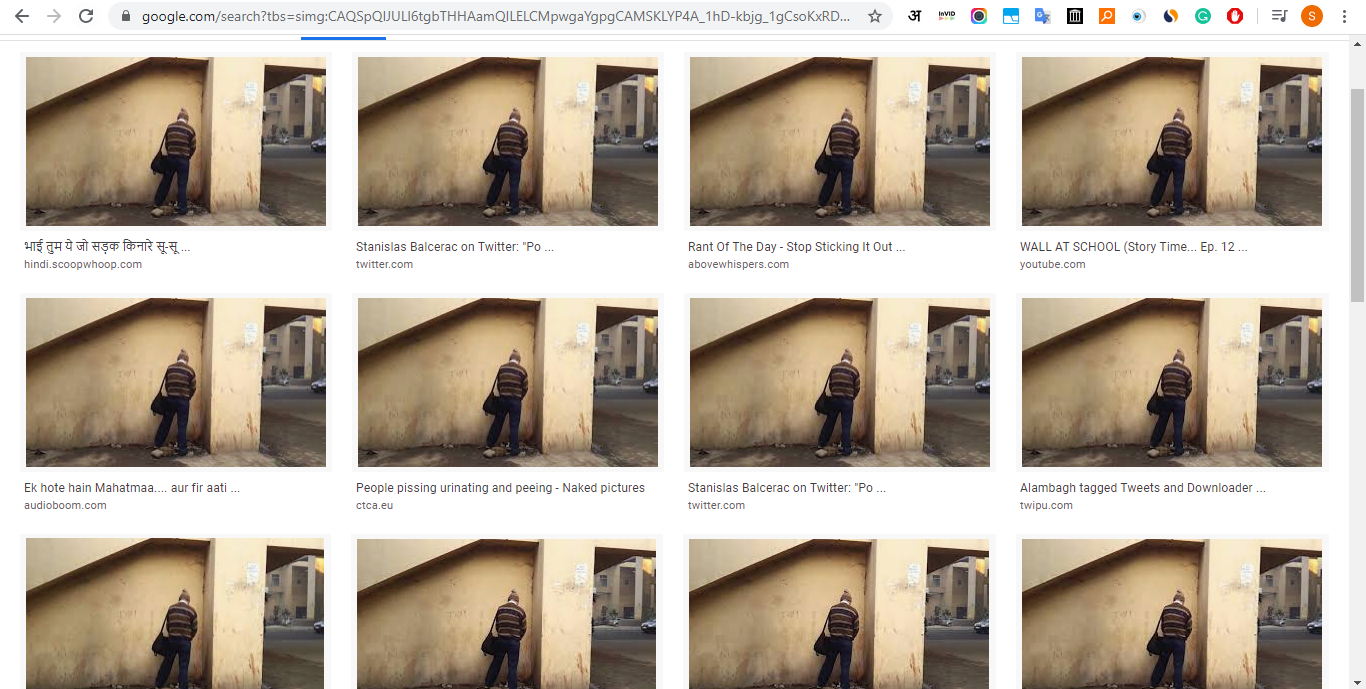 Amid multiple reports, we found a YouTube video uploaded by a channel namely ‘newsofdelhi’. The video was uploaded on 13 January 2012 with the title ‘Delhi Metro Walls have become the famous Peeing destination for Delhiites’.

Now we matched the screengrab from the above video and the picture of the urinating man from the claim and we found that the same man is present in both the images. 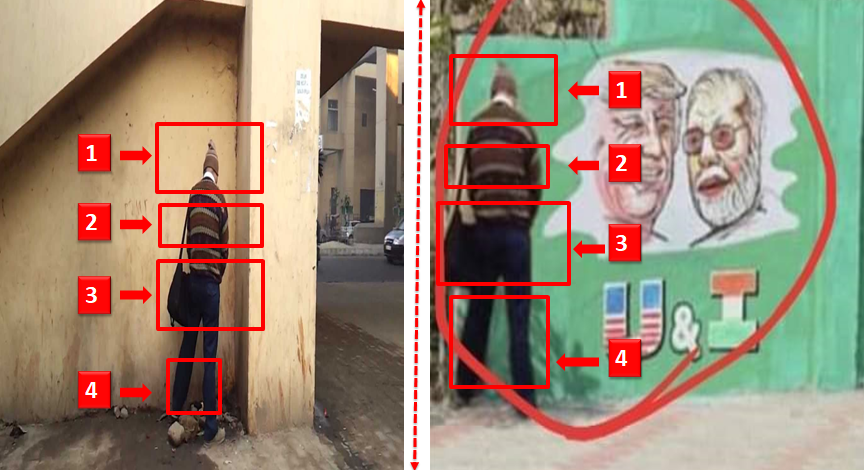 Similarities between the two images:

It is evident from our investigation that the claim shared by Avinash Das, Aishwary Verma, Santosh Addagulla and others is ‘Misleading’ as image shared by them is ‘Photoshopped.’