Latest video of Inderlok metro station. Be safe and avoid the route

A video is doing rounds on social media with a claim that people have blocked the Inderlok metro station and are protesting against the Citizenship Amendment Act (CAA). In the video, a large number of people can be seen holding placards in their hands.

We found that the video is being massively shared on various social media platforms. 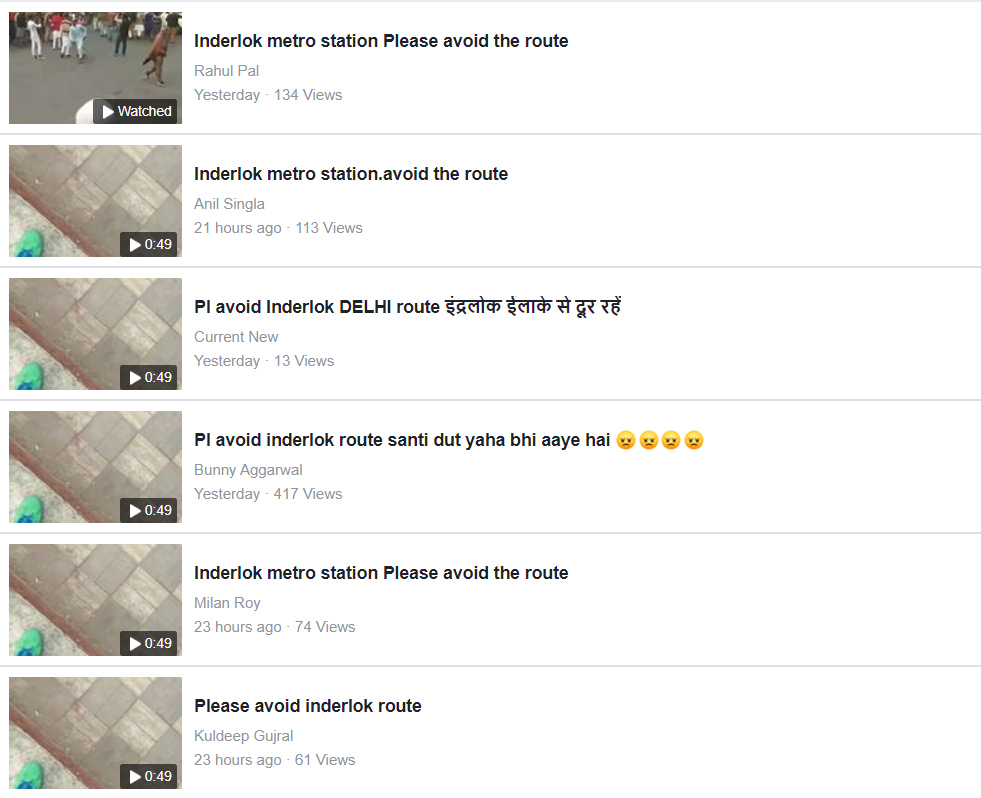 As we began our fact check, we found a tweet by DCP North claiming that the viral video is fake. DCP North Delhi’s tweet reads, “There is one video being circulated on social media regarding Inderlok. The video is an old video. There is no gathering and the area is peaceful. Please do not pay attention to any rumours”

There is one video being circulated on social media regarding Inderlok. The video is an old video. There is no gathering and the area is peaceful. Please do not pay attention to any rumours. @DelhiPolice

With the help of relevant keywords, we searched for the video. During our search, we found multiple videos on “YouTube” uploaded on December 20, 2019. However, the videos which we found are not the same as the viral video but have been shot from different angles.

We analyzed the viral video and video found on YouTube. We found similarities in the structure of the metro station in which you can clearly see the advertisement hoarding and inderlok written. During our search, we also found pictures on twitter where a large group of protesters had gathered outside Inderlok metro station on December 20, 2019.

We analyzed and found the similarities between the viral video and pictures uploaded on twitter. One can see people holding placards in their hands. One of our colleagues who takes the Red line metro also confirmed that there is no protest happening in Inderlok.

A two months old video of protest against the Citizenship Amendment Act (CAA) is being shared with a misleading claim on social media to create more panic amid clashes between two groups in Delhi.