A video showing a group of men heckling, harassing and disrobing a woman is going viral on social media. Amidst the escalating politics over the different food habits of people in the country, those posting the video claim that the woman met this fate for “not closing down meat shop despite threats from extremist groups” in UP’s Pratapgarh. Newschecker has found the claim to be untrue.

On Twitter, the video has been posted by several people including a handle called @SAHR_Watch which describes itself as a London based Non-Governmental & Nonprofit Organisation  alleging that the men beating the woman are “RSS gangsters”.

Food politics took centre stage over the last few weeks with the recent controversy over the sale of ‘halal’ meat and ‘halal’ certification on sign boards of meat selling shops in Karnataka. In the last week, Civic bodies of South and East Delhi made statements and issued letters asking meat shops in the areas to remain closed during the Navratri period from April 2 to April 11. Bengaluru’s civic body BBMP too issued an order banning meat sales across Bengaluru on April 10, on the occasion of Ram Navami. The order said that meat shops and slaughterhouses under the jurisdiction of BBMP will remain closed on Sunday. However, officials reportedly told local media that this was a routine order and the same instructions were followed every year.

Also Read: Video of Mob Chanting Jai Shri Ram Slogan Outside Mosque Has Nothing To Do With The Kolar Violence 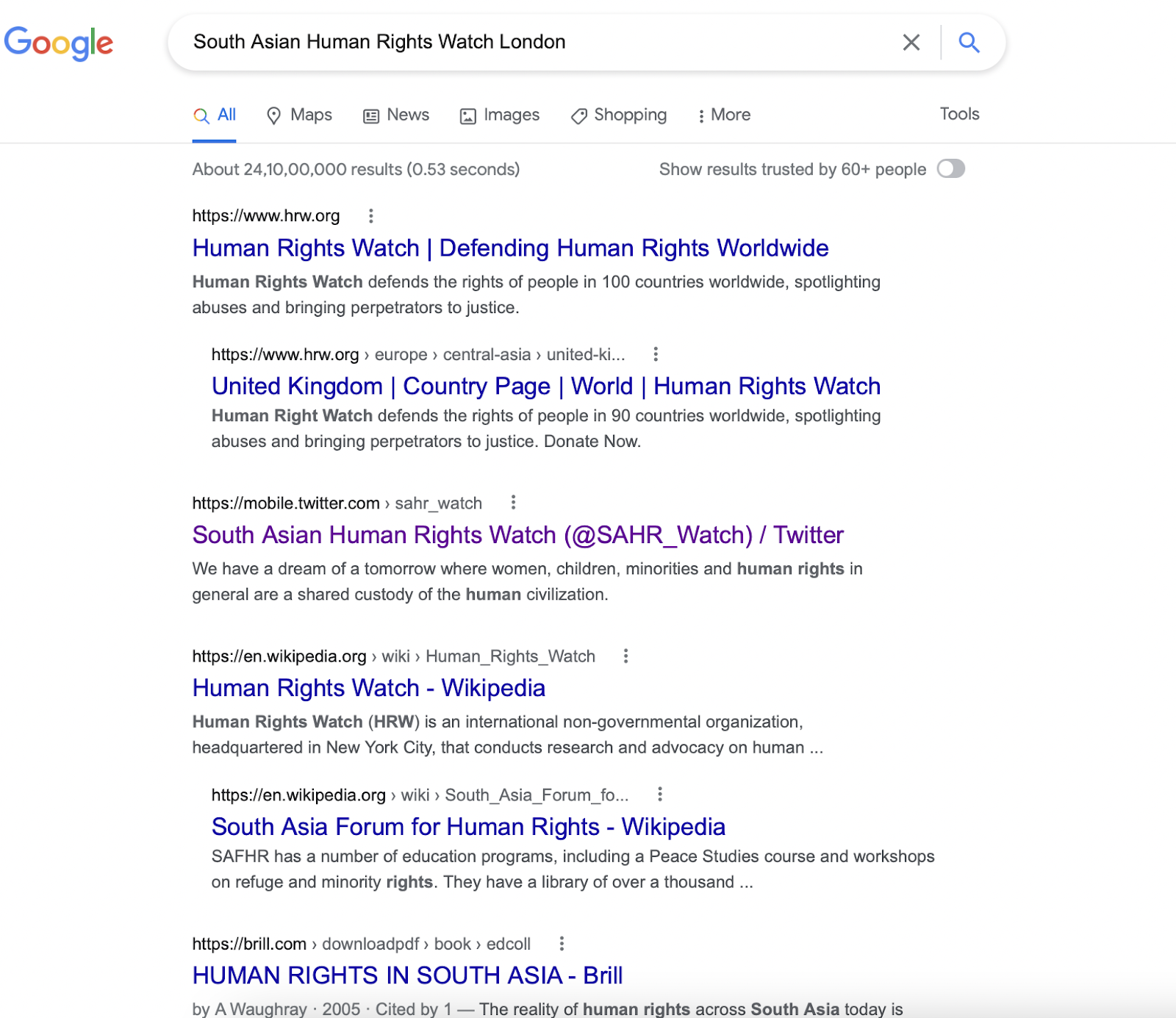 We reached out to Meenakshi Ganguly, South Asia director at Human Rights Watch to ascertain if this twitter handle is associated with their organisation. Ganguly confirmed to Newschecker that their organisation does not have a separate HRW handle for South Asia.

Following this, we began our investigation to find whether the woman in the video was actually harassed and assaulted over non-closure of the meat shop or not. A quick scan of the comment section of the tweet by @SAHR_Watch led us to a video shared by the Pratapgarh Police on the matter.

According to the police, the incident is related to a land dispute between two families in Mandhata in UP’s Pratapgarh. In the video, the Superintendent of Police in-charge /ASP, East, Pratapgarh can be heard saying, “The matter relates to the dispute between the Gupta and Soni family over ‘abadi’ land in Mandhata. The Gupta family put a ‘Gumti’ (Kiosk) on the land while the Soni family objected to it, which resulted in a fight between the parties.” He added that both the families have registered a case in the matter.

Newschecker accessed the copies of FIRs filed by both parties and found that there is no mention of sale of meat in either of them.

The FIR registered by the woman belonging to the Gupta faction states that she was trying to open her kiosk/ gumti on a “raised platform around a well constructed on her ancestral ‘abadi’ land”. She claims that members of the Soni family, who she describes as  neighbours , attacked her with the “intention to usurp her land”. The woman further states in her FIR that she was abused and beaten up by the neighbours in the absence of her husband and her two minor daughters, who rushed for her support, were also attacked. On seeing other people approaching, her attackers allegedly issued her death threats to her and fled from the spot.

While the second FIR filed on behalf of the Sonis, by Anil Kumar Soni  states that the woman attempted to illegally possess the land near their premises and that members of the Gupta family attacked his relatives with lathis. The FIR also states that the Gram Pradhan, Hariram Modanwal was severely injured in the process as he was hit by a stone on his head. They also alleged that the woman’s side gave them death threats. They claimed that the Guptas assaulted them after they objected to the kiosk or ‘Gumti’ on a public path.

What is abadi land ?

In rural areas land registrations are not properly done up until now and in 2020, the centre launched an Swamitva survey to collect the data on the land and immovable assets owned by an individual and was given government recognition through Google mapping. Notably, ‘abadi land’ occupied to by people before 2003 could be allotted to them.

What the video shows

On careful inspection of the video frame by frame, we spotted a hand pump (not a well). It also appears that the kiosk/ gumti was blocking an access to some sort of a structure on one side, as it appears to be in a congested area.

Continuing our investigation, we conducted a keyword search for ‘Woman Gumti Mandhata’ on Google and found a report by Amar Ujala dated March 31, 2022. Quoting the locals of the area,  the report stated that the woman had placed this kiosk/ gumti the previous night and it had not existed before that.

Mandhata Police Station In-charge, Inspector Udayveer Singh further confirmed to Newschecker that this kiosk was “empty when the incident occurred”. This corresponds to the visuals that the fight broke out even before the shop was opened as the shutters were down. On further prodding, Inspector Singh added that both families have their own business. While the Soni family trades in gold and silver, the Gupta families sell local snacks and street food  like chaat.

Newschecker investigation into available information suggests that the video of a mob attacking and disrobing a woman is being falsely linked to sale of meat in the area. Both parties maintain that the clash happened over a land dispute between two families in UP’s Pratapgarh.

Vasudha Beri
Vasudha noticed the growing problem of mis/disinformation online after studying New Media at ACJ in Chennai and became interested in separating facts from fiction. She is interested in learning how global issues affect individuals on a micro level. Before joining Newschecker’s English team, she was working with Latestly.
Facebook
Twitter
WhatsApp
Linkedin
Previous article
Was Luthra Sharif Dargah In Chhattisgarh Targeted By Saffron Clad Men? No, Viral Claim Is Misleading
Next article
Viral Post Of ‘Indian Oil Warning Customers Of Exploding Fuel Tanks In Summer’ Is Fake