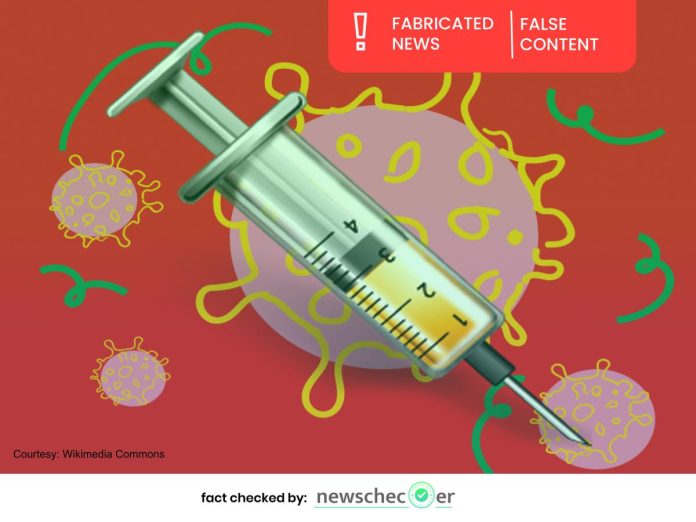 Several social media posts claiming Japan is using Ivermectin, an antiparasitic drug, to treat Coronavirus over vaccines as a preventive measure are widely being shared on both Twitter and Facebook. Newschecker’s investigation found the claim to be false as Japan has neither approved Ivermectin for treatment nor have they dropped the vaccination drive.

Twitter users shared graphs showing a decline in COVID19 hospitalization in Japan and links to articles ‘asserting Japan substitutes vaccines by Ivermectin’ as proof for the claim.

A video of Haruo Ozaki, the chairman of the Tokyo Medical Association speaking on the benefits of ivermectin for Coronavirus patients is also shared by netizens to back their claim.

‘…We can do other studies to confirm its efficacy, but we are in a crisis situation. With regards to the use of ivermectin, it is obviously necessary to obtain the informed consent of the patients, and I think we’re in a situation where we can afford to give them this treatment,’ Ozaki is heard saying in the video.

To check the veracity of the claim, Newschecker searched for the drugs approved in treating Coronavirus in Japan and found Pharmaceuticals and Medical Devices Agency (PMDA), Japan’s medicine regulatory agency, has not listed Ivermectin as one of the therapeutics.

The list includes drugs; Remdesivir, Baricitinib, Casilibimab and Sotrovimab but not Ivermectin.

A PMDA spokesperson told Newschecker, ‘Clinical trial of Ivermectin is reportedly on-going. However, Ivermectin is not approved for use to treat disease caused by SARS-CoV-2 infection (COVID-19),’ in an email on December 01.

Further, the PMDA spokesperson confirmed to Newschecker that the ‘approval of COVID-19 Vaccine Moderna Intramuscular Injection is not revoked.’

Japan has completely (two doses) vaccinated over 72% of its 12.5 crores population and over 77% of the population have received at least one dose of vaccination.

Contrary to the claim, Japan has allowed booster shots, six months after the second dose. The Japan Times, an English language daily based in Tokyo reported, ‘Booster shots are set to be administered to health care workers from Dec. 1, followed by elderly people and the rest of the general public next year.’

Claims on substituting Coronavirus vaccines with ivermectin in Japan are false.

Note: The article was updated on 01/12/2021 with the response from a PDMA spokesperson