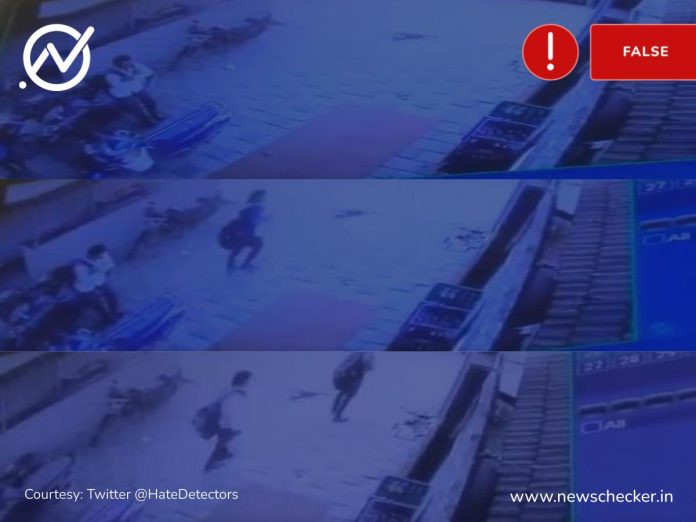 A keyword search for “Mangaluru Blast” on Twitter led us to a tweet by @HateDetectors carrying a video byte of Mangaluru commissioner of police N Shashi Kumar clarifying that “a random video of two boys coming to a wine shop”, which is circulating on social media, is not linked to the Mangaluru blast.

Following which, we found a tweet by the official handle of Mangaluru City Police, dated November 22, 2022, stating (translation from Kannada), “In one of the videos, there is a scene of two people walking with a bag, and the news is spreading that they are involved in the blast case that happened in Mangalore, but this video is not related to the blast case that happened in Mangalore.”

Furthermore, we came across a tweet by the  ADGP Law & Order, Karnataka, Alok Kumar clarifying the video is misleading. Kumar shared the viral video and wrote, “This misleading  video is still doing rounds. Our investigation reveals that the persons appearing in this video are not involved in the Mangalore blast incident. Plz don’t be cause for rumour mongering. Plz don’t pay heed to rumours. Let’s work together to preserve peace.”

Several news outlets have also clarified that the viral video is not linked to the Mangaluru blast case. Neither does it show the accused.

Newschecker could not independently ascertain the whereabouts of the widely circulated video, but the police have clarified that it is not related to the recent blast case in Mangaluru.