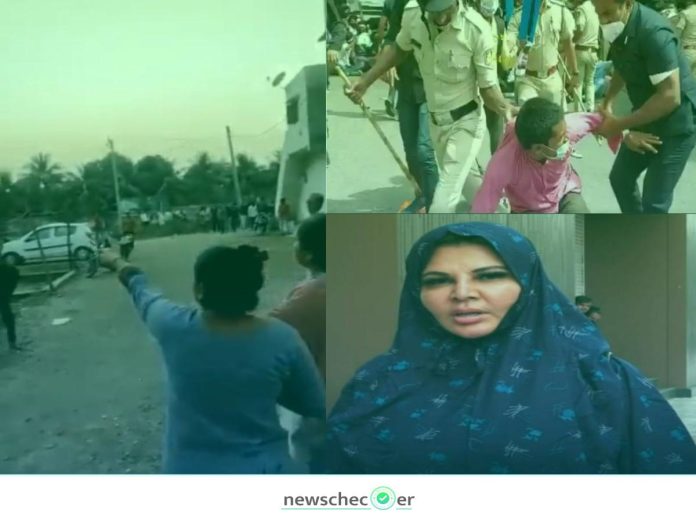 While misinformation related to the ongoing Hijab row continued to flood the social media platforms this week, other communal claims were also widely shared. From fake news about Tiku Talsania converting to Islam, to the video of a Surat a boy beheading a girl shared with a false communal claim, social media space had no dearth of false information. Here are the top five fact checks by Newschecker from this past week.

A video, showing a youth brutally slitting the throat of a girl as onlookers yell at him, is doing the rounds on social media platforms. Several social media users have shared the video of the incident claiming that a “Muslim” youth beheaded a “Hindu” girl in Surat after she “refused to become a Muslim.” However, Newschecker has found out that the communal spin given to the incident is untrue as both the accused and victim belonged to the same community. Read more here.

The figure quoted in the article by India Times for the reward received by Aman Pandey for his contributions to the Google Vulnerabilities Program does not match the data mentioned in the blog by the company. The figure of $8.6 million (approx.) quoted by India Times is instead close to the figure of $8.7 million rewarded as a total by  under the VRP in 2021. Read more here.

A video of comedian Tiku Talsania wearing a skullcap, white ‘kurta-pajama’ and sporting long white beard has gone viral on social media platforms making the users believe that the veteran actor has converted to Islam. Several social media users have shared video and stills with the claim that the Bollywood actor has ‘accepted Islam.’ However, Newschecker has found out that the viral claim is false. Read more here.

The Hijab row that started in Karnataka last month has spilled over to West Bengal. Last week, a school in Murshidabad was vandalised by the locals after its headmaster asked girls to not wear hijab or burqa in school. Soon after, a video has been doing the rounds on social media claiming to show police crackdown on the pro-Hijab protesters in Bengal’s Murshidabad. However, Newschecker found the claim to be false. Read more here.

Vasudha Beri
Vasudha noticed the growing problem of mis/disinformation online after studying New Media at ACJ in Chennai and became interested in separating facts from fiction. She is interested in learning how global issues affect individuals on a micro level. Before joining Newschecker’s English team, she was working with Latestly.
Facebook
Twitter
WhatsApp
Linkedin
Previous articleViral Graphic Of Opinion Poll Predicting Over 200 Seats For BSP Is Morphed
Next articleViral Video Of Girls Being Molested Is Not From When SP Was In Power In UP