Afghans have been rushing to the Hamid Karzai International Airport in Kabul in desperate attempts to flee the Taliban since it captured control of Afghanistan on August 15, 2021. Al Jazeera estimated that around 28,000 people have since been evacuated from the country. The evacuations are expected to continue till August 31 – the deadline for the withdrawal of all foreign troops from the country.

Social media users worldwide shared heart-wrenching videos of Afghan citizens trying to flee the country to save themselves from dire consequences.

One video posted on Twitter claimed to show a huge crowd allegedly rushing inside Kabul’s Hamid Karzai International Airport – the only way out of the country.

A reverse image search of the keyframes led us to a video dating back to January 2019.  First posted on Twitter by Jon Machota, a Dallas based sports journalist, on January 6, 2019, it shows a sea of people rushing inside the AT & T Stadium in Arlington, Texas. Machota, who covers the Dallas Cowboys for The Athletic, described the video as showing the door opening scene at the stadium before a big football match.

This video widely circulated at the time, and an image from the same video featured in an article on United States National Football League playoffs by Sports Illustrated Media Group’s website The Spun

Further, a closer look at the video reveals sports merchandise along with billing counters on the left side of the video, this is a clear indication that the video is not from Kabul airport in Afghanistan.

Twitter itself has taken note of this video being misrepresented and has flagged it saying it is “placed out of context” in the same post. 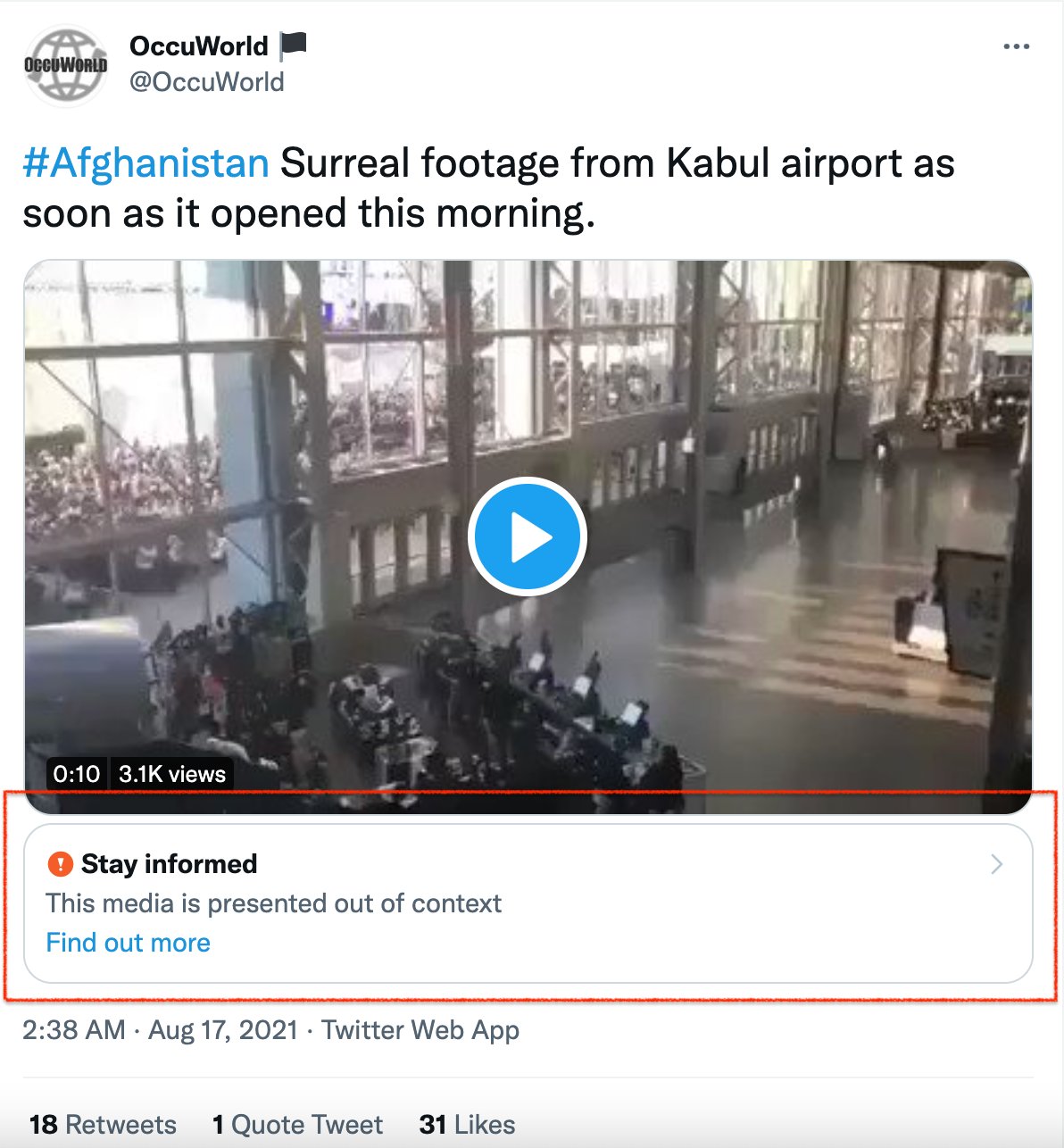 Therefore, it can be concluded that the video in question was taken out of context and is misplaced.

Preeksha Malhotra
Preeksha is a journalism graduate interested in exploring and working on the phenomenon of fake news globally. She desires to work on compelling stories that employ digital journalism to bring forth narratives that matter. She is also a budding researcher, studying the COVID-19 infodemic as a research fellow with the Institute of Economic Growth.
Facebook
Twitter
WhatsApp
Linkedin
Previous articleAnand Mahindra Shares Old Video Of Tigers Claiming It To Be Recent
Next articleAfghan Journalist Refutes The Claim Of His Death By Taliban, Says He Was Attacked