Rakesh Bhatnagar, Vice-Chancellor of Banaras Hindu University, wants to Islamize the University by starting the tradition of Tajiyaa inside the campus.

With Muharram just having gone by, many images have been doing the rounds including one which shows the Tazia procession inside the Banaras Hindu University with the claim that the Vice-Chancellor is making attempts to Islamize the University.

Given that Varanasi is a holy place for Hindus and Buddhists, a charge like this could easily inflame communal passions. We decided to investigate this and began by checking if there were more users making similar or the same claims.

A website called Best Hindi News published this news with the same image. This Hindi website wrote that the vice-chancellor Rakesh Bhatnagar has taken a daring step by allowing the Tazia procession in the University. It further stated that the university was shocked after seeing this display of “secularism” by the Vice-Chancellor. 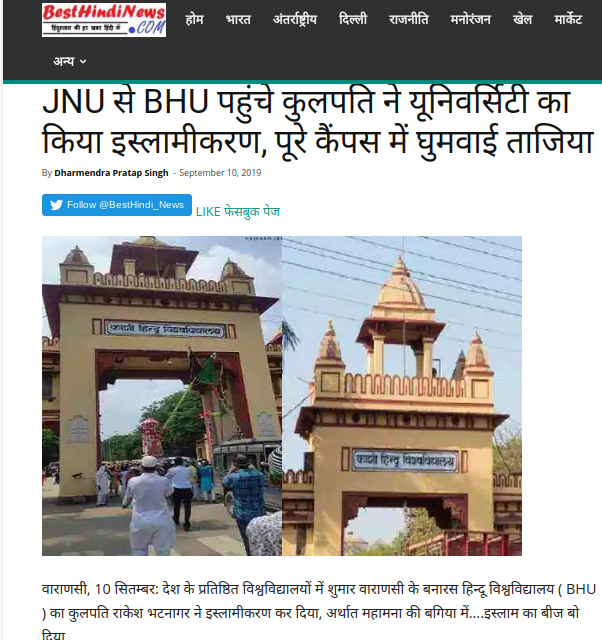 This news website had come up 3 years ago and reported stories with a certain ideological bend. We needed more details to properly verify the veracity of the claim. 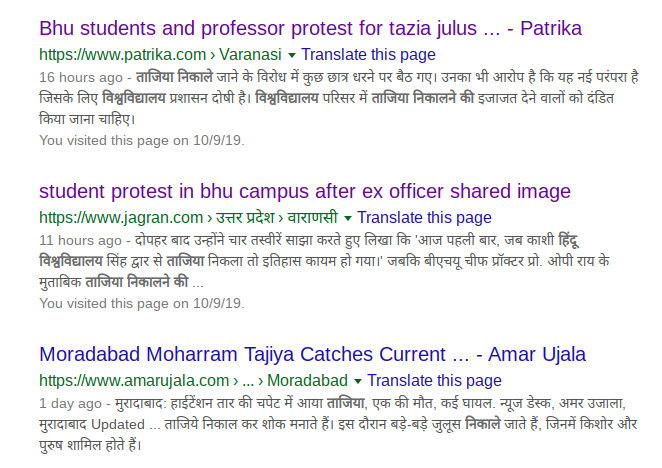 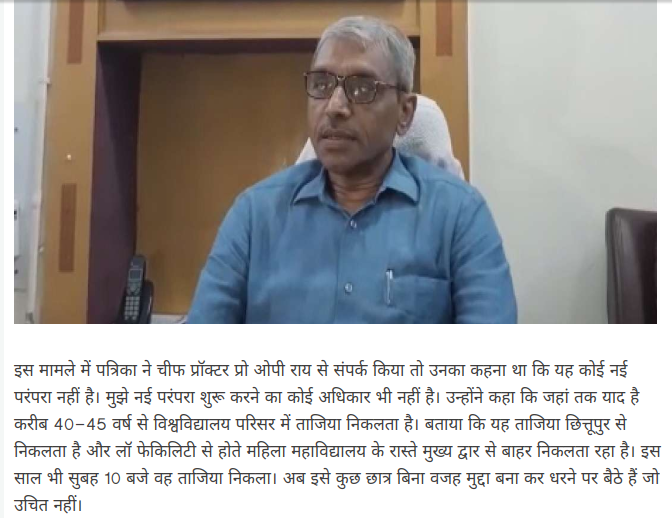 We also found an article on Dainik Jagran, which states that according to the BHU’s Outpost In-charge Amarendra Pandey, every year there is a mention of Tazia procession in the festival register of the police station. 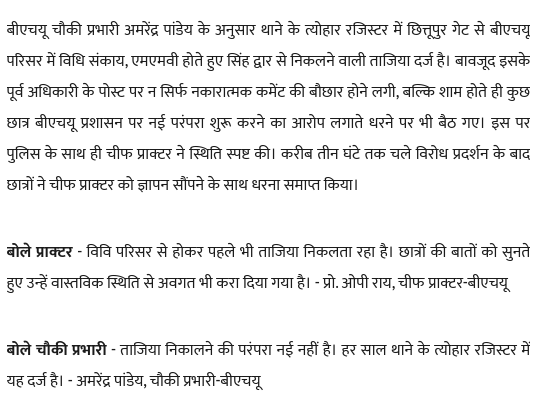 Our team found a tweet of Varanasi police also stating that it has been a tradition for years.

On the basis of our investigation, it was revealed that the Tazia began from Chittupur Gate through some departments of the University and not from within the University. Also, this tradition has been going on for years.