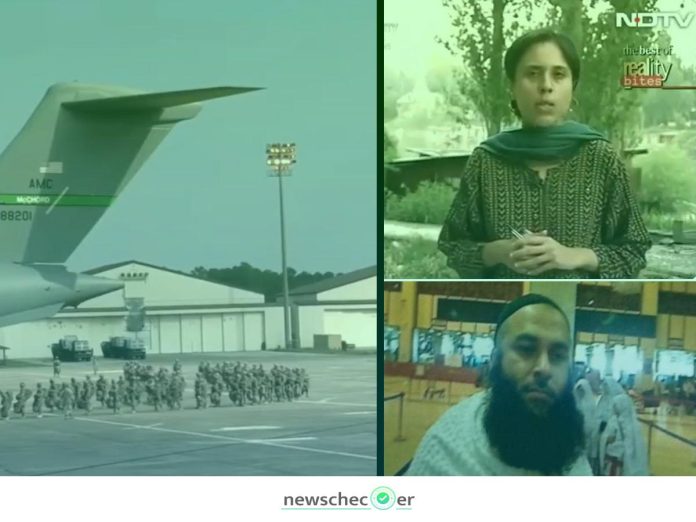 Yet another week and yet another slew of fake news to debunk! With the ongoing Russian invasion of Ukraine entering its third week, social media continued to see claims relating to the Russia Ukraine conflict, while in India, release of Vivek Agnihotri movie ‘The Kashmir Files’ has created much hype online and as is usual, with ever changing the social media trends, fake news also abounds. Here’s a list of the top five fact checks done by Newschecker this past week.

Vivek Agnihotri’s latest movie ‘The Kashmir Files’ has received a warm reception across the globe, with critics and audience heaping praises on the movie for depicting the plight of Kashmiri Pandits during the 1990s insurgency without mincing words. The movie, released on Friday, March 11, has so far collected Rs 59 crores in 5 days and is continuing its record-breaking run in the box office. It has also won accolades from all over the world, with even Prime Minister Narendra Modi endorsing the film. It has also been made tax free in at least 6 states. It is in this context that the director of the movie, Vivek Agnihotri tweeted a citation from the State Rhode Island, congratulating him for the release of the film, claiming that it became the first state in US to officially recognise the Kashmir genocide. Newschecker has found this claim to be misleading. You can read our full fact check here.

With the release of The Kashmir Files, discussions and debates around the mass exodus of Kashmiri Pandits in 1990 have taken the centre stage on social media. In this backdrop, an old video claiming to show journalist Barkha Dutt “justifying the Genocide & Exodus of Kashmiri Pandits from Kashmir” has found its way on social media once again. Newschecker has found this claim to be misleading.

A week after the reported killing of one of the terrorists involved in IC 814 hijack in 1999, social media was flooded with claims of the death of a second terrorist involved in the same incident. Social media users in India claimed that terrorist named Zafarullah Jamali was the second terrorist to be killed in Paksitan recently, close to the heels of the death of Jaish-e-Mohammed terrorist Mistry Zahoor Ibrahim. Newschecker has found the claim to be false. Read the full fact check here.

A page named ‘Current News Update’ on Facebook has posted a 6 minutes 59 seconds long video with the caption “American soldiers in Ukraine Sky”. The video shows a plane taking off from a runway with a number of US army personnel boarding the plane. The video at 6:52 seconds onwards starts showing paratroopers descending from the plane to the ground by jumping out of the plane with parachutes. But our research found that the video is from 2016 and is not linked to the Russia Ukraine Conflict. You can read our full fact check here.

Pankaj Menon
Pankaj Menon is a fact-checker based out of Delhi who enjoys ‘digital sleuthing’ and calling out misinformation. He has completed his MA in International Relations from Madras University and has worked with organisations like NDTV, Times Now and Deccan Chronicle online in the past.
Facebook
Twitter
WhatsApp
Linkedin
Previous articleVideo Of ‘Exorcism’ Passed Off As Visuals Of Forced Conversion Of Hindu Girl In Pakistan
Next articleYouths Stabbed By ‘Muslims’ After Watching The Kashmir Files In U.P? No, Viral Claim Misleading